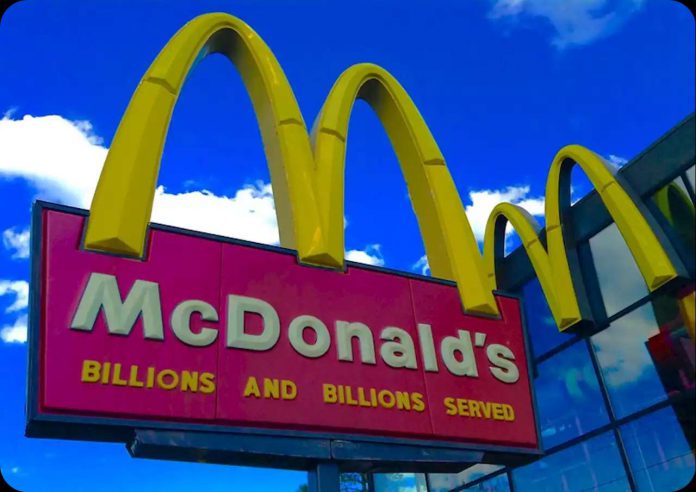 “It’s unacceptable that as the second largest employer in the country, McDonald’s is failing to keep workers like me and Ashley safe from harassment. No one should have to go through what we’ve been through. But we’re strong, and together we have a voice. We’re using that voice to hold McDonald’s accountable.”

origins in #MeToo
), the plaintiffs Jamelia Fairley and Ashley Reddick are suing on behalf of an estimated 5,000 women throughout 100 franchise-owned McDonald’s restaurants.
“Numerous women were subject to pervasive sexual harassment and a hostile work environment, including groping, physical assaults and sexually-charged comments,” according to a press release about the lawsuit.
Both women, whose complaints originate from a McDonald’s
in Sanford, Florida
, allege they were harassed by multiple McDonald’s employees at work—and saw other women encounter the same.
Fairley and Reddick initially filed charges in May of 2019 with the U.S. Equal Employment Opportunity Commission. The commission dismissed the case in January, but informed both women they had the right to sue McDonald’s within 90 days—even in spite of the COVID-19 pandemic.
Fairley was harassed by two coworkers, the lawsuit alleges. One started harassing her with sexually explicit comments, such as referring to her “fat ass.”
“I tried to brush the comments off, but soon enough it turned into unwanted touching,” Fairley said.
This touching included her perpetrator rubbing his genitals on her. Another harasser asked how much it would cost to have sex with Fairley’s daughter—who was one year old.
Numerous times, Fairley complained to her higher-ups. Instead of addressing the behavior, they cut her hours.
“It’s unacceptable that as the second largest employer in the country, McDonald’s is failing to keep workers like me and Ashley [Reddick] safe from harassment,” Fairley said, who has worked for four years as a crewmember in Sanford. “No one should have to go through what we’ve been through. But we’re strong, and together we have a voice. We’re using that voice to hold McDonald’s accountable.”
Reddick faced similar attacks, starting with verbal harassment from male coworkers like, “I didn’t know you had boobs like that.”
The situation then escalated to the perpetrator rubbing his genitals on her and showing her an unwanted picture of his privates. Upon telling a manager, she was assured the situation would be addressed. Soon, her harasser followed her into the bathroom to continue making explicit remarks.
Here at
Ms
., our team is continuing to report through this global health crisis—doing what we can to keep you informed and up-to-date on some of the most underreported issues of this pandemic.
We ask that you consider supporting our work to bring you substantive, unique reporting
—we can’t do it without you.
Support our independent reporting and truth-telling for as little as $5 per month
.
Reddick asserts she was also harassed by customers. Like Fairley, when she reported the problem, her hours were cut.
“The sexual harassment only stopped when the harasser left his job,” Reddick said.
She was, according to a lawyer on the case, “described as being confrontational” and not called back into work. After about three years at McDonald’s, she received notice of her termination.
“I believe they fired me for reporting my harassment,” Reddick said, “and that’s not right.”
“It’s About Changing Practices Going Forward”
An August 2013 march in Chicago protesting poverty wages, sexual harassment and wage theft that are endemic to the company culture at McDonald’s. (

The First Time Karen Kilgariff and Georgia Hardstark of My Favorite...

Getting My Job in Fashion Browns

Want to Understand What’s Actually Happening Between Iraq Iran and the...