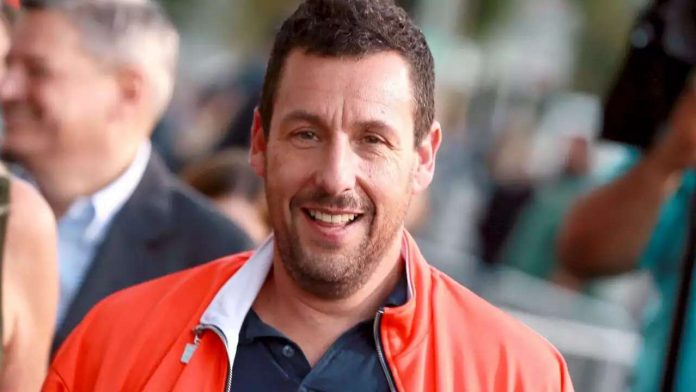 The actor opened up to ET at the premiere of his new comedy ‘Murder Mystery’ in Los Angeles on Monday.

Adam Levine
to come out and sing a few tunes for his little girl’s big day.
“He’s just such a good dude,” Sandler marveled.”I texted him, he responded right away, and said, ‘Yeah, I’ll come by.'”
“He grew up out here, he used to go to bar mitzvahs at this place we did it at, and he swung by, did three songs and the crowd, of every age, was going crazy — kids, adults. My mother was horny,” Sandler joked.
However, with his younger daughter, 10-year-old Sunny, just a few years away from her own bat mitzvah, Sandler said he’s probably going to turn to
once again when the time comes.
“Maybe he’ll come back,” Sandler said.”I can’t top my Adam.”
However, before he’s got to worry about that, his kids are going to get a chance to give their dad a special treat for Father’s Day on Sunday, and the actor says it’s going to be something great.
“My family is apparently getting me something nice, and I know I’m gonna end up paying for it,” Sandler said with a laugh.
Meanwhile, the comic’s new film,
Murder Mystery

Joe Jonas on How He Felt Hearing That Taylor Swift Regretted...

Ryan Gosling in a Sweater Vest Is the Pinnacle of Hot...