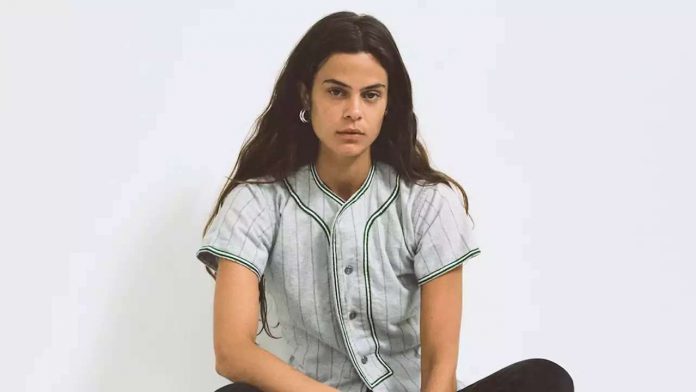 Pinterest
Artist Broc Blegen doesn’t exactly remember this, but according to his parents, his first word was “ball.” What he does remember is the moment when, as an adult, he discovered his grandfather’s old baseball cleats from the 1950s, which were hanging in the back of a closet. Sadly, his grandfather wasn’t able to speak well after suffering from a stroke years earlier, but as Blegen recalls, “He saw how excited I was and gestured to me, like, ‘You should have these.’”
Blegen, who grew up playing basketball and baseball in Minnetonka, Minnesota, like his grandpa, took the shoes and decided to give them a new life. Today, Blegen is launching a line of baseball cleat–inspired sneakers called
Bases
. The men’s and women’s shoes are available in black, tan, and white and are made from vegetable-tanned leather in a family-run factory in Lewiston, Maine. Blegen chose the factory because they’ve worked with many leading sports-apparel brands—including Ralph Lauren, when the designer was tapped to make the Team USA shoes for the opening and closing ceremony at the 2016 Olympics in Rio. The leather comes from Horween, which is one of the last surviving tanneries in America and known for providing the leather for NBA and NFL balls.
“I don’t have any training in fashion,” Blegen admits. “I literally took my grandpa’s cleats to a shoe repair shop in Queens that also made prototypes, and I asked them to essentially just copy the upper design but add a sneaker bottom where the cleats would normally be.” The end result is a clean, effortlessly cool sneaker that Blegen equates to something like a classic Chuck Taylor or Stan Smith. “The style of the sneakers have transcended the sport, and most people don’t even think about the association anymore,” he notes. “I thought I could apply a similar concept to vintage baseball cleats.” Aside from Blegen’s personal connection to this project, he also felt it was important for all of the sneakers to be made in the United States, since, according to his research, “back in the 1920s and through the 1960s when the original cleats were made, 98% of the shoes sold in America were made here. Now, only about 1% of the shoes sold in America are made here.”
“When I first had the idea to design sneakers inspired by America’s pastime, I thought that they ought to be made in America, too.” Blegen may not come from a fashion background, but his deep love and knowledge of baseball coupled with his previous art practice has turned him into a bona fide accessories entrepreneur. “As an artist, I’d been focused on building an art collection of fakes,” he explains. “Specifically, it was conceptually based work where the artist’s hand was not involved in the production process, with the labor being outsourced to fabricators of craftspeople.” Blegen adds, “I would hire the same type of people to make full-scale replicas of artworks that I loved and wanted to live with. While it was a comment on class and the absurdities of the art market, it was also driven by a sincere desire to experience art outside of museums and galleries and bring it to our everyday lives. Rather than being worn on the baseball diamond in the 1950s, now these sneakers can be enjoyed in our everyday lives.”
In This Story:

4 ELLE Staffers On The One Festival Look They’ll Be Wearing...