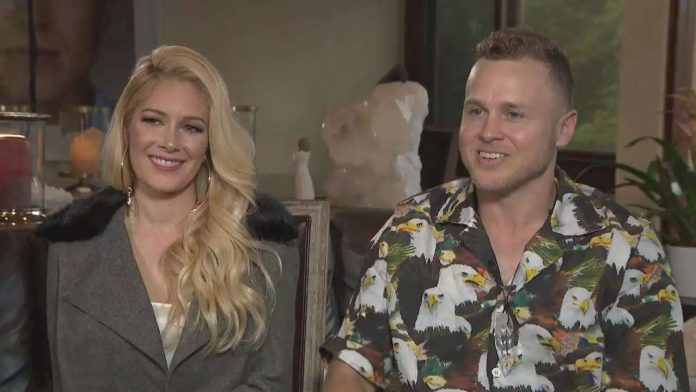 The couple tells ET if they’d do anything differently.

Spencer Pratt
as they opened up about becoming the reality TV couple fans loved to hate, and shared whether they’d do anything differently.
“I wish we had done interviews differently — like, on the show, maybe looked horrible and then we got an interview, and then like, ‘Oh, it’s fun and TV and like, so amped up,'” Spencer confessed.
Heidi revealed that before
The Hills’
2010 finale, during which MTV unveiled some of the scripted nature of the series, she and Spencer weren’t”really allowed” to give too many behind-the-scenes details.
“That was what was so hard, is we were put in this position where we would go on a show and then immediately be attacked,” she said.
Spencer and Heidi — or”Speidi” as they’re known — became
Hills
Lauren Conrad
‘s epic”I want to forgive you, and I want to forget you” line”like it was yesterday.”
“It was really a backstabbing moment for me. Like, ‘We don’t have the friendship that I thought, and I guess it is better for us to both kind of move on because I don’t really need a friend like that either,'” she recalled, adding that she and Lauren”were in touch off and on for a while there” after the show, but”not anymore.”
Flash forward a few years, and LC attended Spencer and Heidi’s wedding. ET was with the couple as they renewed their wedding vows in 2010, and later gave us a personal tour of their Santa Barbara home. We were also with Heidi when she had breast reduction surgery in 2013, just three years after she made headlines for