Home Woman Brad Pitt Literally LOL’d at Rumors He Was Back Together With Jennifer... 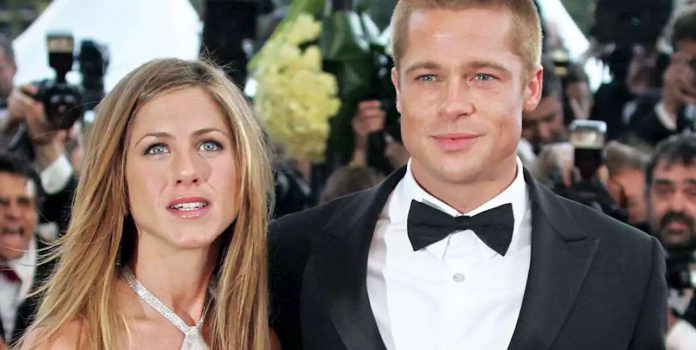 Me, when people ask about my ex.

that the two had”been friendly” since their divorce and that Pitt went”to support” Aniston.
The couple in May 2004.
Evan Agostini
Getty Images
The source said,”Jen and Brad have remained friends and have spoken with each other quite a few times since they both became single. They are friends and have supported each other through some tough times. They’ve come so far since their marriage and plan to stay friends for life. There are truly no hard feelings between them.”
A source also told
People
that Aniston”debated back and forth with friends if she should invite him.” In the end, the source said,”she was very happy that he showed up.”
But even though the two are on good terms—and both currently single—it doesn’t seem like they’ll be getting back together anytime soon. A source told

With Trump’s Migrant Camps the History We Should Fear Repeating Is...

Outdoor Voices’ Popular Leggings Are Up to 50 Percent Off Right...