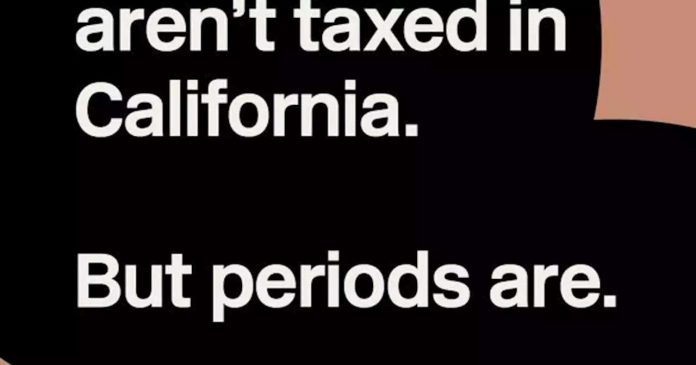 LOLA and Period Equity have launched “Tax Free. Period.”, the first ever national legal, advocacy and messaging campaign aimed at eliminating the tampon tax in all 35 remaining US states by tax session 2020. They have the support of prominent figure like Serena Williams.

Tax Free. Period.
aims to mobilize legal action not only to remove the unjust financial burden on people with periods, but also to shift the public conversation and pave the way for future legal claims that support reproductive, menstrual and gender equity reforms.
The campaign leaders launched a microsite outlining the issue and simple ways to get involved, including putting pressure on lawmakers to act. The site includes educational resources, interactive materials and social media tools, including governors’ Twitter handles as well as the hashtag #taxfreeperiod to amplify the issue, and a link to donate to Period Equity.
Jordana Kier and Alex Friedman of LOLA
LOLA
The
sales tax on feminine hygiene products has been estimated to add a collective $150M in annual expenditure for women
in the US. LOLA and Period Equity illustrate the incoherence of tax regulations on the site with an interactive map where visitors can see examples of tax-exempt items by state, including Viagra, condoms, candy, lip balm, and even gun club memberships.
A few months ago when Jenn and Laura contacted us and shared this idea to launch a public engagement, legal and advocacy campaign, it felt like the perfect fit for us at LOLA. We have donated over 2 million products to shelters in 27 states, and we know that 61% of our customers are being taxed on feminine hygiene products. We are very committed to ending the problem of access to feminine hygiene products for women living below the poverty line, so this collaboration was a no-brainer,” said Alex Friedman, cofounder of LOLA.
The menstrual equity initiative has gathered the support of prominent figures, among them
tennis champion, investor and women’s health advocate Serena Williams.”A tax on periods is wrong.
Telling half of the population that their needs aren’t important is wrong. I’m proud to support LOLA and Period Equity, who have teamed up to launch Tax Free. Period. to help right these wrongs and finally end these unfair policies once and for all in the U.S.,” said the 23-time Grand Slam winner.
Shifting The Public Debate From Unfair to Unconstitutional
The campaign launch will be followed by a series of activations to ensure that the momentum continues until the next legislative session. A key objective is to shift the narrative around the tampon tax from unfair and inequitable issue to an illegal, discriminatory and, therefore, unconstitutional matter.
Jennifer Weiss-Wolf of Period Equity
Jennifer Weiss-Wolf
We are gearing up for 2020 to make sure that the tampon tax won’t just be a talking point, but that there will be clear action. We will follow by convening the Tampon Tax LAB (aka Legal Action Brainstorm) – basically, a legal hackathon – at Columbia Law School this fall, at which we will bring together practitioners and scholars in constitutional, taxation, and sex discrimination law, as well as experts in leveraging state ERA claims, to craft a formidable legal strategy,” emphasized Weiss-Wolf of Period Equity.
The leaders behind this campaign hope to spark a broader movement and have engaged key experts in the field such as Katherine Franke, Columbia Law Professor and Director of the Center for Gender and Sexuality Law, and Bridget Crawford and Emily Gold Waldman, Professors of Law at Pace University and co-authors of
a 2018 article in the University of Richmond Law Review which lays out constitutional arguments that can be used in litigation. Feminist Majority Foundation will also be a partner.
Campaign image
Period Equity
“We are building a coalition to pressure the people in office to act by the next legislative session
— and get this done nationwide by Tax Day 2020
. This is the first coordinated effort at a national level of this kind,” added Weiss-Wolf.
LOLA founders Kier and Friedman are thrilled about the partnership: “We believe we have the tools, support and expertise to make this change happen. We are not asking politely anymore, we are demanding to change a tax that we consider unconstitutional,” emphasized Kier.
Tax Free. Period. is a novel and powerful — even
— approach to a winnable battle in these turbulent times for women.

She Invented the Gender Reveal Party She Has Some Regrets

Tiny Love Stories Rabbis Do That?’