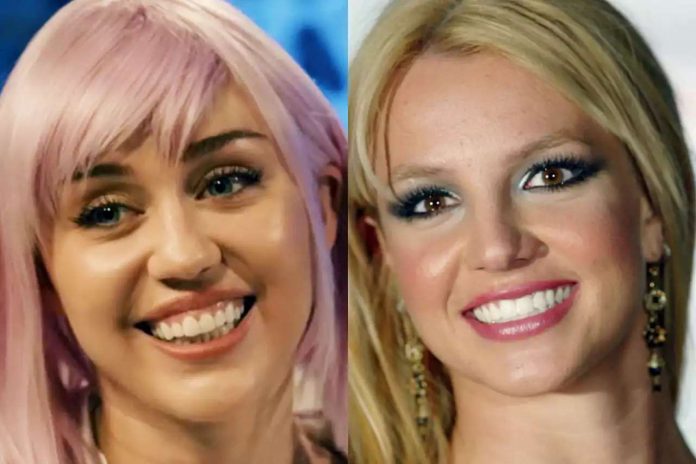 The similarities are unsettling…

Season 5, Episode 2 spoilers ahead!
For those of you who haven’t had a chance to tune into
the episode “Rachel, Jack and Ashley Too,”
the story is about a pop star named Ashley O who releases a robotic doll named Ashley Too. We soon find out that the singer’s life isn’t as perfect and she makes it seem because, behind the scenes, she struggles with her mental health. She and her manager also do not see eye to eye when it comes to the direction her career is headed and as a result, Ashley O is poisoned and put into a coma where people steal song ideas directly from her brain.
It’s very scary and pretty hard to watch considering how intense the music industry is IRL. It also made a lot of people think of Britney and everything she’s gone through in her career. As previously reported, the “Toxic” singer
checked into rehab in rehab against her will
, which prompted fans to start the #FreeBritney movement.
It’s hard not to see parallels between Britney and Ashley O, especially because they’re both famous pop stars, they both have
who controls them, they both tried to escape their “Girl Next Door” image and finally, they were both hospitalized and medicated against their will.
Of course, it’s important to note the similarities are probably just a big coincidence since the
Black Mirror
episode was filmed before the #FreeBritney movement started, but that hasn’t stopped fans from pointing out them out.
Miley Cyrus’
episode is available on Netflix right now.
Britney Spears Through the Years
Filed Under

What Taylor Swift Revealed During Her YouTube Live Her Lover Song...