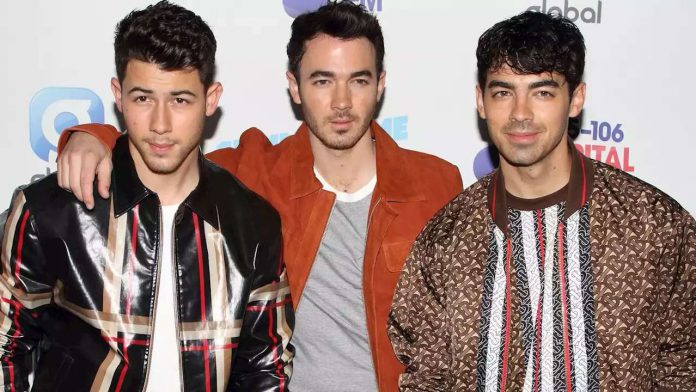 https://www.youtube.com/watch?v=Wzsd8RZ_FBM
This merry band of entertainers brought the thrills. Nick, Joe, and Kevin were front and center, of course, while Fallon and The Roots surrounded them with bongos, maracas, and other instruments you could find in a middle-school band room. The colorful mallets were the most visually catching, while Kevin’s triangle helped amplify his voice beyond his brothers. It was an interesting new dimension to”Sucker” that makes you wonder what some of their other songs would sound like if given the same treatment. My money’s on”S.O.S.” being a game changer.
The Jonas Brothers released their fifth studio album

Don’t Just Dress Up the Kids! These 47 Family-of-4 Costume Ideas...