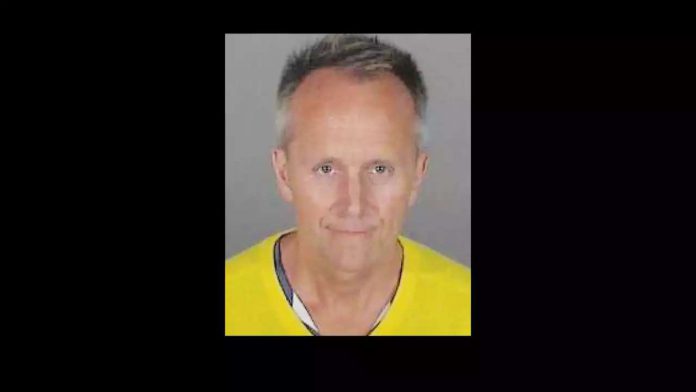 Barring any unexpected hurdles, acting coach Cameron Thor will be released from the Desert View Modified Community Correctional Facility, in Adelanto, at the end of June, more than two years ahead of his originally scheduled 2021 discharge date.

In August 2015, a jury convicted Thor, then 49, of lewd conduct with a minor. His victim, Jordyn Ladell, was 13 at the time of the assault in 2009, which allowed the DA’s office to tack on a special finding of “substantial sexual conduct” with a child under the age of 14.
On June 30, the day of Thor’s scheduled release, Ladell will turn 24.
Now 59, Thor is expected to return to his home, less than a mile from where Ladell still lives with her parents. A registered sex offender, he will be under supervised parole by the California Department of Corrections and Rehabilitation, required to wear an ankle bracelet with a GPS tracker to monitor his whereabouts and prohibited from entering a pre-established “zone” around Ladell’s home.
Ladell says she’s been having nightmares, anxiety and remains scared of Thor. Since the trial, she has taken self-defense classes and began carrying several personal protection devices.
A judge this week granted issued a temporary restraining order prohibiting Thor from coming within 100 yards of Ladell.
“Generally, I’ve been really happy but the news about the early release has made a lot of my days bad recently,” Ladell said, “I feel like he’s probably really angry. He didn’t get his appeal and was convicted. I’m really scared he’s going to do something.”
With bit roles in
Jurassic Park
and several TV shows, Thor enjoyed a brief career as an actor, but he was primarily known as an acting coach, with an impressive list of A-list clients including Cameron Diaz, Drew Carey and Courteney Cox. He and his wife, Alice Carter, ran the Carter-Thor Acting Studio, widely viewed as one of the best acting schools in LA.
In prison, Thor took steps to improve his chances of an early release, including attending classes and rehabilitation courses.
Prison officials told Ladell that Thor received 310 days credit for being in county jail, 289 days of group rehab credit, and 189 days of additional credit, which helped shave off at least 788 days of his sentence.
In the years since the trial ended, Ladell completed several courses in criminal justice at Pepperdine University but dropped out before completing a degree. She later took a job as a social media manager at Global Management Partners, a marketing and branding firm owned and run by her father, Dean Ladell.
“It’s going to be an adjustment for us,” says Dean Ladell, “I knew the day was coming when he’d get out of jail. If he’s living half a mile from us, I’m not sure that’s going to work.”
Thor and Ladell met when Ladell’s mother Pattie took her to an Alcoholics Anonymous meeting near their home in Agoura Hills. Thor offered to give Ladell, then an eighth-grade student, acting lessons at his house. Later, he took her on a drive into the Santa Monica Mountains where, according to court records, he climbed into the back seat with her to smoke marijuana and engaged in lewd behavior.
In April 2016, a judge told Thor he had “taken advantage” of Ladell’s young age and vulnerability and sentenced him to 6 years in state prison, two years short of the maximum penalty.
The judge told Thor that by declining to rebut the DA’s charges, Thor had given a “tacit admission” of guilt to the single charge of sexual misconduct with a minor.
“It was the totality of the evidence that said that there’s sufficient evidence to convince … the jury and myself that the defendant is guilty,” the judge said.
During the trial, Thor, who pleaded not guilty, declined to testify in his own defense. Following the 2016 sentencing, Thor’s attorney, Mark Geragos, mounted an unsuccessful campaign to have the conviction vacated. Thor’s appeal also failed in late 2017. He has consistently maintained his innocence.
Thor’s counselor at Desert View declined to comment. A spokesperson from CDCR was unavailable to comment.
The website for the Carter Thor studio is no longer active. But Carter, who had roles in
Young Guns
and has performed alongside comedians Richard Lewis and Don Rickles, appears to have started her own acting studio, Act With Alice. Her teaching method has garnered dozens of rave client reviews from prominent actors, directors and other industry professionals, including
Iron Man 3

The NBA legend poured his favo

All the Looks From Rihanna’s Fifth Annual Diamond Ball