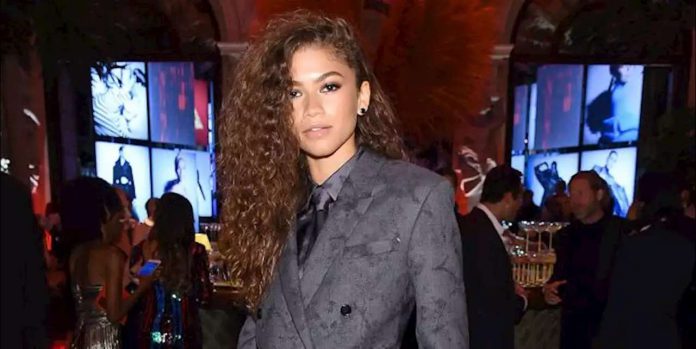 It’s the best time of the year for Zendaya: fashion week.

The actress/budding fashion icon has been out and about in New York and is already showing everyone up. On Friday night she attended the
Harper’s Bazaar
Icons party wearing a gray Berluti suit, previously donned by Michael B. Jordan at this year’s
Vanity Fair
Oscar party.
On Thursday she attended the Daily Front Row awards in a velvet burgundy suit from the Tommy Hilfiger x Zendaya collection. At the awards she opened up about working with her stylist, Law Roach, and the impact fashion has had on her.
Jose Perez/Bauer-Griffin
Getty Images
“Fashion has allowed me to really find out who I am and be more courageous and more fearless,”
she said
.
Tommy Hilfiger also praised the budding designer, saying, “She works. The day I met her she was incredibly engaged in designing my collection for me. I gave her the tools, I gave her the staff and she and Law jumped in and chose every button, every zipper, every color, every fabric, and she fit everything on herself.”
This week, Roach praised his longtime client/friend about her willingness to take fashion risks. Roach, who has worked with Zendaya for over eight years, explained their process for picking out show-stopping looks.
“When it comes to fashion, there’s nothing that Zendaya won’t try. After working with her for eight years, she keeps it new and fresh and exciting every single time,”

Martha Stewart Posted a “Thirst Trap” From Her Pool and People...

MAC Is Kicking Off Its New Underground Collection With a Rainbow...