Home Woman Rihanna Went From Princess to Rocker in All Black for the British... 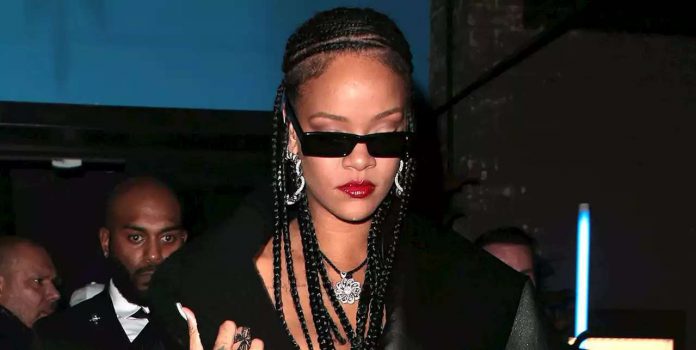 One night, two polar opposite looks.

, then ending the evening in a black leather coat, purse, and matching sheer tights at the after party. Rihanna’s glam changed too: She switched her nude lip to red.
Karwai Tang
Ricky Vigil M
Getty Images
The after party was at Laylow in London. It followed the ceremony, where Rihanna won the Urban Luxe prize for her Fenty line. Rihanna launched the line just five months ago, and already it’s winning prestigious fashion awards. Her impact!
Rihanna spoke to
Vogue
in an October interview about building a fashion line where she loved all the clothes in it. “I’m not the face of my brand, but I am the muse, and my DNA has to run all the way through it,” she said. “I don’t want anyone to pull up my website and think, Rihanna would never wear that.”
She also assured
Vogue
that despite her flourishing career as a fashion designer and beauty mogul, RiRi is not giving up on music ever. “Oh,
nooo
,” she started. “Music is, like, speaking in code to the world, where they get it. It’s the weird language that connects me to them. Me the designer, me the woman who creates makeup and lingerie—it all started with music. It was my first pen pal–ship to the world. To cut that off is to cut my communication off. All of these other things flourish on top of that foundation.”
Alyssa Bailey
News and Strategy Editor
Alyssa Bailey is the news and strategy editor at ELLE.com, where she oversees coverage of celebrities and royals (particularly Meghan Markle and Kate Middleton).
Advertisement – Continue Reading Below

‘What does your husband do?’

The 10 best short-sleeved shirts for men in pictures