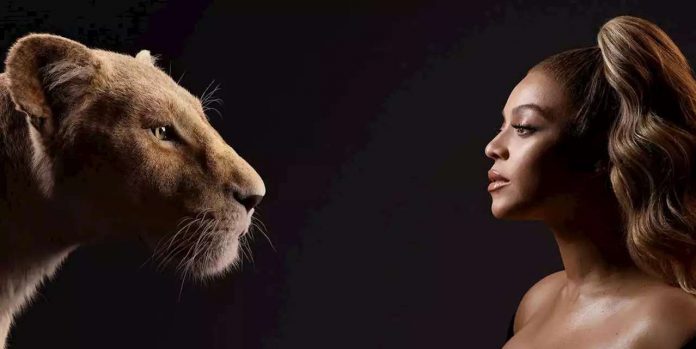 Tonight, we saw Beyoncé do something she seldom does: an on-camera interview.
Good Morning America
got the exclusive footage, which the ABC aired this evening as part of its
The Lion King: Can You Feel The Love Tonight
special with Robin Roberts.
In the interview, Bey talked about
The Lion King: The Gift
album, which she curated, produced, and performed on, working on the film, and the legacy of the original.
Here, the most revealing quotes she gave:
On
The Lion King: The Gift
:
“This soundtrack is a love letter to Africa, and I wanted to make sure we found the best talent from Africa, and not just use some of the sounds and did my interpretation of it.”
“We’ve kind of created our own genre, and I feel like the soundtrack, it becomes visual in your mind. It’s a soundscape. It’s more than just the music, because each song tells the story of the film.”
On the 1994
The
Lion King:
“I am still in a bit in shock that I’m a part of this film because I grew up watching
The Lion King
.
It’s the first Disney movie brought me to tears.”
“Being a mother, my family is my biggest priority. It’s not many films that the parents can go and feel the way I feel about I feel about
The Lion King
and…pass that legacy on to their kids.”
On Nala’s empowerment:
“It was important to the director [Jon Favreau] that Nala and that the females in this film were heroes. And he put Nala right alongside Simba. I thought that was very interesting and very real, because the women are, you know, we’re the fighters.”
“The movie has an incredible spirit. It opens you up, it talks about the struggle of standing up and fighting for what you love. And it takes you on so many emotional rides.”
On the music video for her
Lion King
song,”Spirit”:”
The concept of the video is to show how God is the painter and natural beauty in nature needs no art direction. It’s the beauty of color, the beauty of melanin, the beauty of tradition.”
“It was important that we weren’t just inspired by Africa but that we actually included and learned from the motherland.”
The Lion King
Alyssa Bailey
News and Strategy Editor
Alyssa Bailey is the news and strategy editor at ELLE.com, where she oversees coverage of celebrities and royals (particularly Meghan Markle and Kate Middleton).
R Eric Thomas is a Senior Staff Writer at ELLE.com, home of his daily humor column”Eric Reads the News,” which skewers politics, pop culture, celebrity shade, and schadenfreude.
Advertisement – Continue Reading Below

Bella Hadid Flips Off the NYPD for Not Wearing Masks

It was time for a little facel

‘Dancing With the Stars’ Fans Are Losing It Over Tyra Banks’...