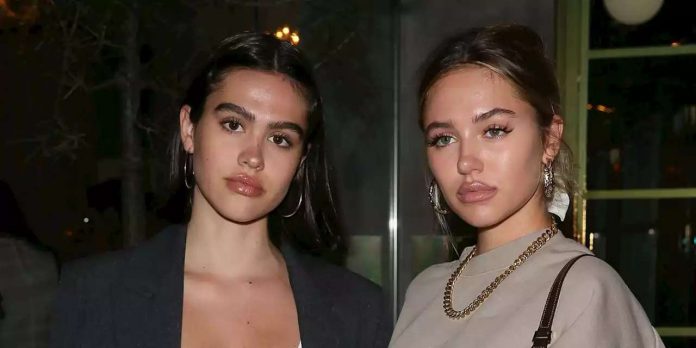 Lisa Rinna’s daughters are launching their own athleisure-inspired clothing line.

JB Lacroix
Getty Images
At this point, it’s not uncommon for reality show siblings to leverage their fame into a full-fledged fashion or beauty careers—it’s basically a requirement.
Keeping Up With the Kardashians
spawned beauty and fashion careers for the KarJenners, Bravo’s
The Real Housewives of Beverly Hills
introduced us to now-famous models Bella and Gigi Hadid. Now, Delilah Belle and Amelia Gray Hamlin—who, as Lisa Rinna’s daughters also appeared on
RHOBH—
are cashing in on their fame with the launch of their own clothing line DNA. (Get it?)
The sisters, Delilah, 21, and Amelia, 18, partnered with LA Collective, a platform which leverages celebrities and personalities to bring their visions to life. To start, the sister duo will launch an 18-piece collection centered around athleisure that can carry you from your morning Barry’s Bootcamp to after-work happy hour with your pals, including joggers, hoodies, jackets, track pants, dresses and more.

Every Difference Between Sally Rooney’s ‘Normal People’ And The TV Show...

Nordic Style Magazine on Instagram “ katlaforce summing up being back...