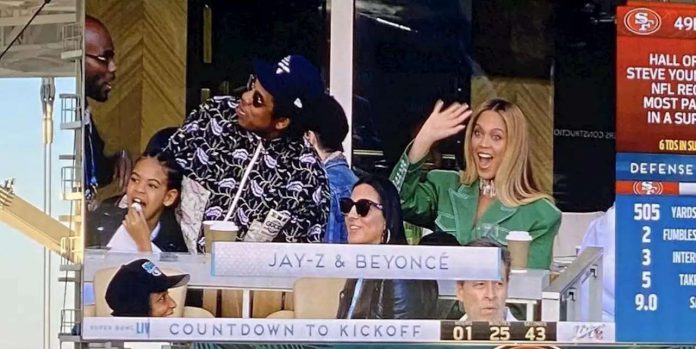 J.Lo is so lucky to have a queen watching her.

the Grammys in Los Angeles last weekend. She was nominated in four categories: Best Pop Solo Performance (“Spirit”), Best Pop Vocal Album (
The Lion King: The Gift
), Best Song Written for Visual Media (“Spirit”), and Best Music Film (
Homecoming
). She won Best Music Film. But one trophy was not enough to secure Queen Bey’s presence for an entire awards ceremony—at least not this year.
But Bey did
make a splash last month
at the Golden Globes. The singer showed up late with Jay-Z and a bodyguard carrying their champagne to enjoy during the broadcast. Beyoncé shared her outfit for the ceremony on Instagram, a heavenly gold-and-black dress she wore for the evening. Who needs a red carpet and paparazzi when you have your own personal photographer and Instagram audience of 139 million followers?