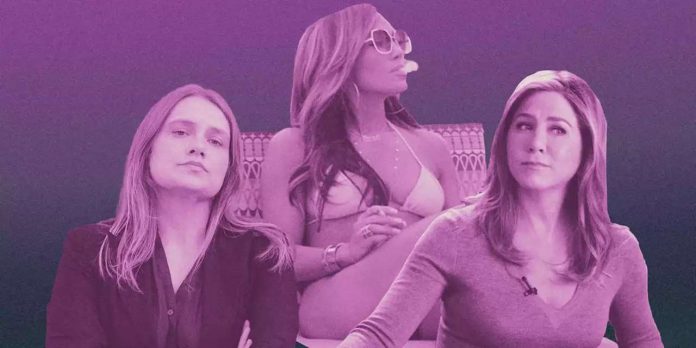 This year’s film nominees are very…male.

most fun
many of us ever had over a Thanksgiving weekend, and its three nominations—Best Comedy or Musical, Best Actress in a Comedy or Musical (Ana de Armas in a breakout performance), and Best Actor in a Comedy or Musical (Daniel Craig)—will ideally encourage Hollywood to take more wholly original risks.
Snub:
Jennifer Lopez and Constance Wu in
Hustlers
.
Courtesy
This one hurts. A saga about a group of strippers who make a living by scamming their clientele,
Hustlers
prioritized women in front of and behind the camera and deserves to be as much a part of the awards season conversation as
Joker
The Irishman
. Instead, the only nom—Jennifer Lopez
for Supporting Actress—is confusing, since she shares the lead with Constance Wu. Wu’s own snub is unconscionable, and the film should have easily edged out one of the more mediocre offerings (
Jojo Rabbit

The one request Meghan Markle and Prince Harry have made of...