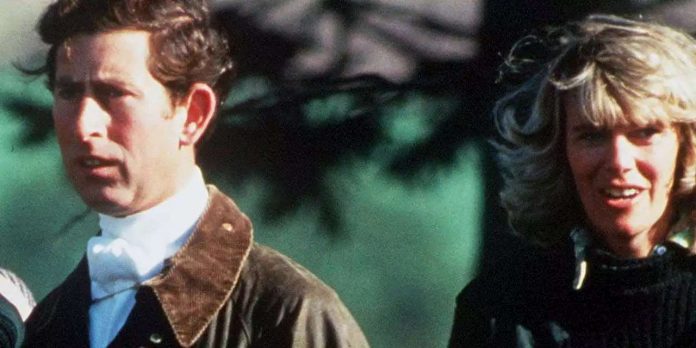 ‘There was a quite a lot of bonking going on and not too many scruples about who with,” says royal biographer Penny Junor.

Charles: The Heart of a King
, in which she relays Santa Cruz’s account of the set-up. “I always thought that [Charles] needed more emotional life and I thought Camilla was such a human, down to earth, warm person that she would be a good addition,” Santa Cruz explains to Mayer. “She would appreciate him for what he was in spite of what he represented.”
Junor confirms that Camilla and Charles were introduced right when Andrew and Princess Anne were getting it on, and suggests that Queen Elizabeth II’s only daughter was “quite highly sexed,” but as her mother is head of the Church of England, it couldn’t have gone any further with the Catholic military man.
Princess Anne and Andrew Parker-Bowles at Royal Ascot in 1989.
Tim Graham
Getty Images
“Don’t forget this with the end of the ‘70s and Anne was a child of the ‘60s, so there was a quite a lot of bonking going on and not too many scruples about who with,” she says, “but Andrew was a Roman Catholic, and though it was unlikely that she would become the monarch there was still a slight thing about marrying a Roman Catholic.”
No, Lord Mountbatten and the Queen Mother did not conspire against Charles.
Junor concedes that the Queen Mother was good friends with the Parker-Bowles but has “never heard” talk of Lord Mountbatten sending Charles overseas.

The idea that the two conspired to break up Charles and Camilla is “a load of bollocks.”
“It is perfectly possible that a deployment came up in the Caribbean,” Junor says, “I’ve never thought that there was anything particularly Machiavellian in that.”
The Queen Mother (far left) sits next to Lord Mountbatten (second from left) while attending a play with King George VI, Lady Mountbatten, and Princess Margaret in 1947.
Fox Photos
Getty Images
The author asserts that Charles and Camilla’s romance was not exclusive, and lasted six months compared to Camilla and Andrew’s ongoing seven-year relationship. Camilla was still seeing the military man while dating the prince, which is suggested in the show when Charles learns Camilla still loves Andrew. And despite
The Crown
‘s
suggestion, Charles was not looking to tie the knot just yet.
“I don’t think she fell in love with [Charles] at that stage. I think she liked him very much and they had a lot of fun together,” Junor says. “I think he did fall for Camilla at that time but I don’t think he thought about marriage. He was 23.”
The Crown

The 4 Best Paint Colors for a Rental According to An...

Bretman Rock Is the Beauty Influencer You Want to Be Best...