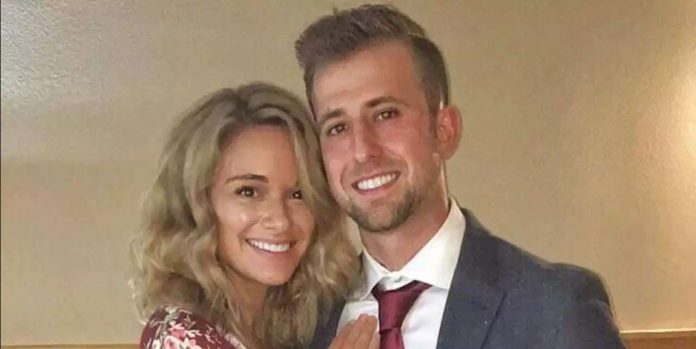 Chase Flack, a dirt bike rider and former wrestler, “never gave up on people, even when their other friends would.”

that led to his death, he said, and the family is waiting for additional results that could take six to eight weeks.
Courtesy of Craig Flack
Two weeks before the race, Chase had traveled to Nepal to climb Mt. Everest. The medical examiner was able to rule out the medications he had taken to prepare for his trip as a cause of his death.
“So far, they can’t find anything,” his father said. “They’ve seen this in marathon runners before where it’s electrical.”
Since Chase returned from Nepal, he had been running six miles a day to prepare for his race.
“Whatever he did, he did 110 percent,” his father added. “He went to the Mt. Everest base camp this year. Would he have gone to the top next year? Probably. That’s how he did life.”
As the news quickly traveled back to his hometown of Jefferson, Iowa, about 65 miles west of the state capital, memories and notes of support began pouring in. More than 1,000 people attended the visitation on Thursday, June 6, and 800 attended the funeral service in the Greene County Middle School gymnasium that Friday.
“He was a super kid who was a friend to everybody,” Craig Flack said. “Within a minute, you were friends, and within 10 minutes, you were family.”
Trying to process what happened to his son after the race, Flack didn’t speak during the hour-long drive back to Jefferson.
Once he was home, however, he told his best friend that he knew exactly why a fit athlete like Chase had died so young: “He’s going to be the greeter who smacks you on the back and welcomes you.”
Chase Flack with his dad, Craig.
Courtesy of Craig Flack
The family held the funeral in the gym to take everyone back to the time when Chase won wrestling matches there and at the high school. In fact, he was the winningest wrestler in Ram history at Greene County, where he placed third at the state level two years in a row. He also wrestled at Iowa State University, and attended wrestling meets with his mom after he graduated in 2015 from the College of Business Management.
Chase then worked as a project manager for Dean Snyder Construction, where he was known for his go-get-’em attitude.

“He knew where he was going and how to get there,” said Andrew Snyder, director of field operations for the company. “He was full of life, and nothing could stop him from achieving his goals.”
[Smash your goals with a
Runner’s World Training Plan
, designed for any speed and any distance.]
This attitude was evident from early in life. Chase was always eager to learn and was interested in improving himself and his wrestling, said Chris Conner of Power Lift in Jefferson. Conner first met Chase and Clint Flack when they began wrestling in high school.
“I remember drilling with Chase in the practice room, and this 103-pound high schooler had a grip that was unbelievable,” Conner said. “He was probably the strongest kid in the room.”
Conner joked with his father that the grip likely came from riding dirt bikes and motorcycles throughout his life. The Flack family owns River Farm Recreation, which features five motocross tracks, snowmobile trails, utility vehicle trails, and a lake for kayaking and camping. Chase and Clint began riding at age 4 and later performed in stunt shows.
Courtesy of Craig Flack
The family has decided to dedicate their annual summer event to Chase’s memory. Held on June 22 this year, the farm will feature bands, food vendors, and tons of rides on the trails. They’ve also set up a Chase Flack Memorial Fund to create scholarships for wrestlers near Jefferson.
“Chase was the guy who would help someone who was being bullied in school and would encourage others to get their life straight,” said John McLaughlin, a retired chief meteorologist for KCCI-TV in Des Moines who moved back to his hometown in 2016. His sons and the Flack boys rode dirt bikes together.
“Chase never gave up on people, even when their other friends would,” McLaughlin told
Runner’s World
. “Several parents have said they don’t know if their kid would be here if Chase wouldn’t have stuck with him.”
Before McLaughlin spoke at the funeral, he asked Craig what he wanted people to remember about Chase’s life.
“Every kid needs a hero,” his father said. “Be a hero.”
Advertisement – Continue Reading Below

These ‘Stranger Things’ Fashion Collabs Are Better Than Frozen Waffles