Home Woman Balenciaga Is About to Hit a Major Revenue Milestone 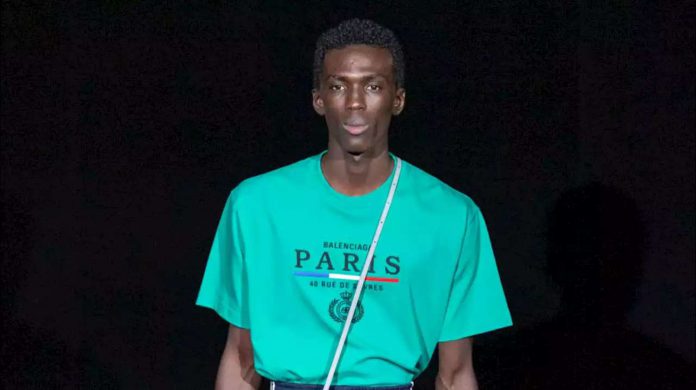 Kering’s smaller fashion house is catching up to the big boys thanks to Demna Gvasalia.

Author:Dhani MauPublish date:Apr 24, 2019Updated onApr 24, 2019Kering’s earnings reports tend to focus on Gucci, Gucci and more Gucci, with maybe a blurb about Saint Laurent; all the other companies under its umbrella simply contribute less to Kering’s bottom line. But at its annual general meeting on Wednesday, the company took some time to address a few of those other brands.
A major point of interest has been Balenciaga. Kering occasionally drops hints about its success: At a conference last May, Balenciaga’s CEO Cedric Charbit said that the Demna Gvasalia-led brand was the fastest-growing within the group. On Wednesday, as first reported by The Fashion Law, the group said that in 2019, Balenciaga will “substantially” pass the 1-billion-euro mark. That would bring it neck-and-neck with Kering’s third-largest brand, Bottega Veneta, which made about €1.1 billion in 2018 (after several periods of decline, it’s worth noting). Saint Laurent is nearing the €2 billion mark with sales of €1.7 billion, while Gucci is leaps and bounds beyond them having surpassed €8 billion in sales in 2018.

In fact, Balenciaga’s entire business is about in line with Gucci’s online business, which is expected to surpass €1 billion soon.
Last year, Charbit attributed Balenciaga’s success to millennials, who were making 60 percent of Balenciaga’s consumers, and male shoppers. On Wednesday, Kering CEO Francois-Henri Pinault said that Balenciaga will focus on ramping up menswear and leather goods to build on its existing momentum.
Still trailing behind Balenciaga are brands like Alexander McQueen and Brioni, both of which Kering is focused on expanding.
Overall, with sales up 21.9 percent for the first quarter of 2019, things are looking good for Kering. And if it can turn its smaller brands into Guccis and Saint Laurents, which it clearly hopes to do, things could soon be looking even better.
Never miss the latest fashion industry news. Sign up for the Fashionista daily newsletter.
Tagsdesigners:BalenciagaDemna Gvasaliaterms:KeringNetwork

10 of the best hairbands to disguise your lockdown hair woes

13 Low-Carb Chips to Satisfy All Your Salty Snack Cravings

Are These The Only Actors Left Who Haven’t Voiced an Animated...