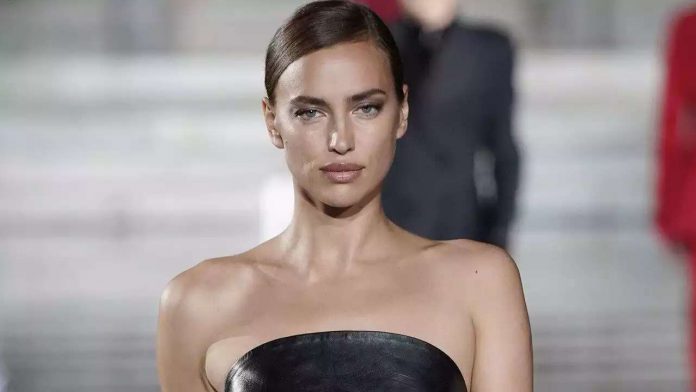 The model hit the catwalk in Italy on Thursday.

get in the way of her ability to absolutely own a runway.
The
33-year-old model
made her first event appearance since the news of the breakup first surfaced earlier this week, when she appeared on the catwalk at the CR Runway x LuisaViaRoma 90th Anniversary Show in Florence, Italy, on Thursday.
Shayk — who shares a 2-year-old daughter, Lea De Seine, with her ex — stunned in two different, curve-hugging ensembles.
The first look was a revealing pin-stripe blazer and pencil skirt with sheer black stockings and garters, as well as a sheer lace bustier and gloves.
Vittorio Zunino Celotto/Getty Images
The second outfit was a skin-tight black leather dress which she wore with matching long black leather gloves.
Vittorio Zunino Celotto/Getty Images
The Carine Roitfeld runway show also featured a score of other A-list models including Bella and Gigi Hadid, Joan Smalls, Doutzen Kroes, Stella Maxwell and Karolina Kurkova, among others.
News broke last week that Shayk and Cooper had

Cardi B Is Divorcing Offset

All you need to know about brand new Channel 4 drama...