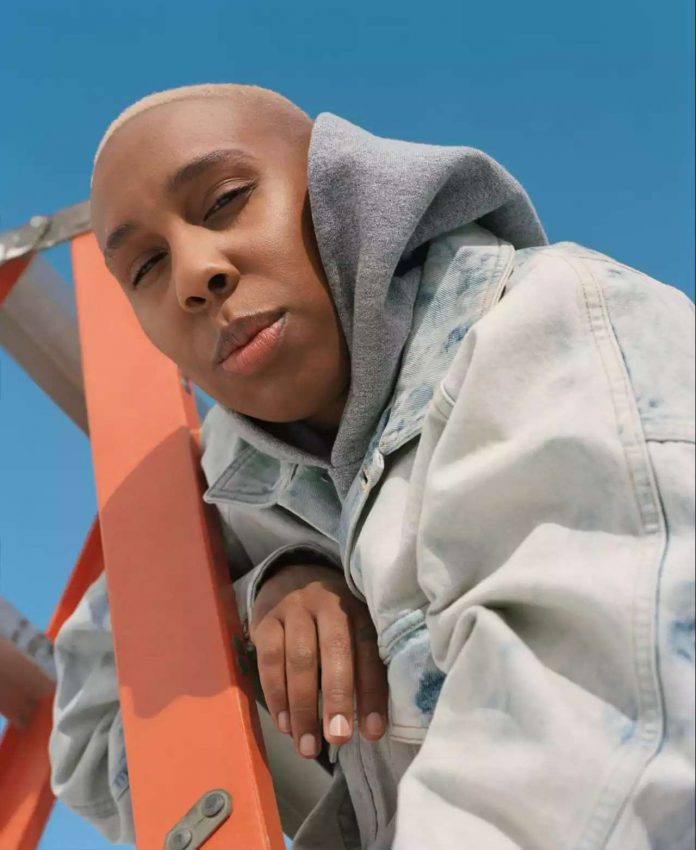 Ahead of her ‘Westworld’ debut, Waithe talks sex robots, Twitter bots, and other realities of our dystopian present.

. It was with Pamela Adlon, myself, Frankie Shaw, Michaela Coel, and Lisa Joy [co-creator of
Westworld
.]. So we got to talk to each other there, then I met her at the
Crazy Rich Asians
premiere. We have the same agent, and my agent brought Lisa as her guest. We got to hang out that night, we went to after-parties, and we just vibed. We had a really cool energy. And then she emailed me and said, “I’ve had this dream to have you on
Westworld
.” I responded, “Hey, man, I’m here to make dreams come true,” or something silly. I was already a fan of the show and genuinely loved what they were doing. I’m happy to be in that sandbox, because it’s a beautiful one. I just feel honored to be a part of it.
NECHAMKIN: Can you reveal anything about the next season?
WAITHE: I honestly know as much as everybody else knows from
that trailer
. But it looked really cool. And you get some quick glimpses. Obviously, Kid Cudi’s in there. Aaron Paul—a phenomenal human being. Marshawn Lynch cracks me up every second I’m around him. I tend not to watch myself very much, but I’m going to watch this new season because I would have watched anyway.
NECHAMKIN: Do you worry that robots are going to take over the world?
WAITHE: I don’t really fear a whole lot of stuff. My fiancée is the opposite. She’s always paranoid about all that. She thinks the world is coming to an end. I go with the flow. It’s funny because we’ve been watching
Chernobyl
, like most people. I always say if I was around at that time, I would have just run up to the plant and tried to take pictures. I wouldn’t have been like, “Oh, this is dangerous.” She would have been like, “We gotta get out of town, let’s go!” Cut to me dying of, like, nuclear poisoning.
NECHAMKIN: I was in the airport, sitting in a restaurant before flying here, and there were iPads at every table. I was like, “Get this away from me.”
WAITHE: Oh, yeah. Some people put the tape over the camera on their laptops. I guess I don’t have much to hide. I’m just sort of like, “What are you watching? Me with my dog? Like, who cares?” If they are watching, what am I going to do about it?
NECHAMKIN: Some people have a lot of paranoia about being watched.
WAITHE: If they’re watching you, a piece of tape ain’t gonna help.
NECHAMKIN: The Western motif has become a big thing in music now. Did you see the
video
for “Old Town Road” with the kids singing?
WAITHE: It’s a cool song. I’m glad he’s making his money. Once the song came on, they all lost it, which speaks to the world in which we live. You can hear a song and it can be a huge hit, and you may not even know what the person looks like.

That’s when I think social media is at its best. It can bring people together.
NECHAMKIN: But at the same time, social media has also made celebrities out of people who never would have had that following in the past.
WAITHE: That’s true. For some people I think that’s good. It’s cool that people know of certain folks, and other folks you’re just like, “All right, we’ll give them their 15 minutes.” They’re not as sustainable.
NECHAMKIN: What’s your relationship with Twitter?
WAITHE: I’ve had a pretty charmed experience with it. I have views and thoughts about certain things. Maybe if I retweet a politician’s thing, I get the bots or whatever that attack people who promote a liberal point of view. If you’re a public person you obviously have more followers and more eyeballs. But here’s a little experiment: If you go to a celebrity’s Instagram page or Twitter feed and look for negative comments, click on the person who wrote them. More often than not, they have under 50 followers and their profile picture is not a photo of them. Why would you care about a person who doesn’t even have an actual profile picture? Some people cancel their Twitter, but then some folks are just like, “I don’t give a shit. I’m gonna live my life.” I love that
is still out there. I love that Jeffrey Wright is still on it. It’s a thing that I want to enjoy, so I would never let a couple bad apples ruin that experience for me.
NECHAMKIN: I think that’s how social movements often start. The things you say and have
worn
to the Met Gala I’ve encountered on Twitter. People are really into watching those moments in real time and sharing them.
WAITHE: It’s cool for me because it’s a way for me to hear what people think. You can’t let it dictate everything, but I love getting that feedback. As long as everybody is respectful and cool and doesn’t try to be negative for no reason, I genuinely enjoy communicating with fans and talking to people because they’re the ones who consume the work that we put out. Every assistant I’ve ever had has come to me from a DM on Instagram.
NECHAMKIN: When was the last time you backed up your phone?
WAITHE: Just recently while I was here. Because there’s this annoying thing that the phone reminds you constantly until you turn it on. And I freaking hate that.
NECHAMKIN: I just spilled water on my computer.
WAITHE: Oh, snap! I’m going to cross my fingers for you. Happens to the best of us.
NECHAMKIN: It was an expensive mistake.
WAITHE: Try to always email people stuff. Once you email something, it’s forever.
Related posts
June 14, 2019

The very best babymoon breaks in the UK