Home Woman Ni no Kuni Wrath of the White Witch’ Is Still a Fantastic... 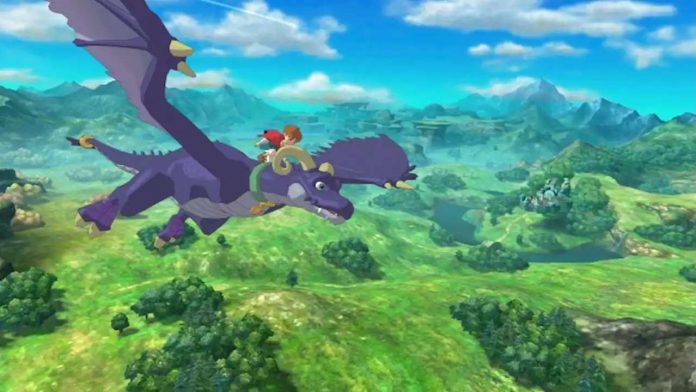 Six years after it’s original release “Ni no Kuni: Wrath of the White Witch” is coming back with a Nintendo Switch version and remastered edition on PS4 and PC. It’s time fo…

Ni no Kuni: Wrath of the White Witch
” is coming back with a Nintendo Switch version and remastered edition on PS4 and PC. It’s time for more long-winded, adorable JRPG action.
It’s odd since comparing the new version of the Level-5 developed classic with the original game is pointless as there is very little difference. Color cascades in bright and flashy waves, making some blocky and uneven background environments feel natural even though they are more than a half a decade old. “Wrath of the White Witch” didn’t need a remaster, but I’m glad it’s getting one.
For those who missed it when it originally came out (along with the sequel), “Ni no Kuni” is a Japanese RPG published by Bandai Namco that originally launched on PS3. It was a souped-up version of “
Ni no Kuni: Dominion of the Dark Djinn”
that launched on Nintendo DS in Japan in 2010.
I fought one of the games many bosses during a short hands-on demo with the new PS4 version of the game at
E3
. I took on the Gladiator: Guardian of the Glade, a centaur-like creature driven mad by evil forces, in a short bout with a party of four of “Ni no Kuni’s” adorable characters. The combat, where I only controlled one party member at a time while others stayed off screen until I switched them in, is as satisfying and strategic as it was 2013.
Related
‘Dragon Ball Z: Kakarot’ Highlights The Mundane Side of The Anime
Let’s be clear, nothing except the graphical fidelity in “Ni no Kuni” has changed and it still feels like a game that could compete with other 2019 releases.

Like other RPGs, attacks consist of magic, melee hits, items, blocks, and special moves. Different characters have a variety of their own strengths and abilities, knowing when to switch between characters is vital in taking out powerful and health-heavy opponents. Every character in your party shares the same pool of health, too. One death means death for all.
I died twice in the demo as I regained my long lost knowledge from the original game, getting my timing right for blocks and re-learning when to switch between Oliver, the protagonist, to heal and other party members who had stronger attacks. I landed the win on my third try and it felt just as satisfying as when I did it with the original game.
The visuals, which felt like a softer take on Studio Ghibli’s range of films, felt sharper although the game didn’t need a rehaul. The original version still stands up today, although the remastered version is an upgrade for those who are looking for the subtle difference that a higher, 1080p resolution and 60 fps provide on the PS4 and PC. The Nintendo Switch version of the game will run at 720p with a 30 fps.
Both versions of the game launch on September 20th.
If you didn’t catch “Ni no Kuni: Wrath of the White Witch” the first time around then the Nintendo Switch version could be the perfect excuse to sink dozens of hours into the JRPG. If you’re just a die-hard fan then the new PS4 version could be a gateway into experiencing a refreshed version of the adventure a second time.

The number of Northern Irish women seeking abortions in England and...

The InvisibleChallenge Is the Cutest New Prank to Take the Internet...