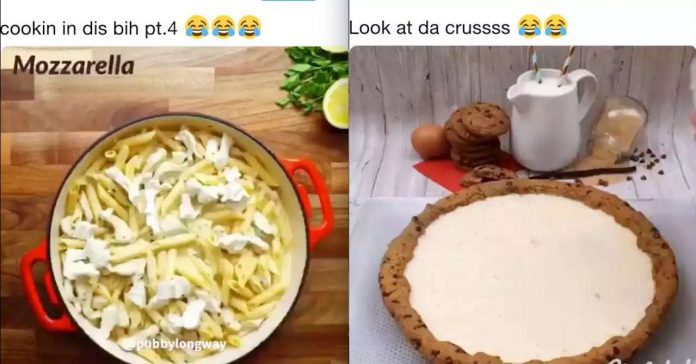 With fans like Ava DuVernay, Johnson has quickly become known for his hilarious overdubs of cooking videos

Ava DuVernay
. “I didn’t know it was going to blow up like that,” Johnson told me in an interview last week. “It was something that just came to me through boredom on one of my days off.”
Johnson had been at home, watching Facebook videos auto-play one after the other, when he came upon a clip of a man cooking a cartoonishly huge rack of ribs. It only took one take to nail the commentary track — and thus “Cookin in dis bih” was born.
Over the phone, Johnson is winningly gracious, though milder than his voiceover persona. He calls me “ma’am” (hard for me, the same age as him, to digest as a Northerner) and hypothesizes that his “country accent” largely inspires viewers’ zealous responses to his videos. “They like the way it sounds, I guess,” he said.
The accent isn’t an affect so much as just a punched-up version of himself — ”pure naturalness,” in his words — but it’s true, his fans are obsessed with how he says things, often honing in on his exaggerated enunciation of words like “parsley” (an urgent wheeze of “PARS-” followed by a softened “-ley”) and “penne” (“pa-nee-nee”).

The comments below each video are filled with fans parroting their favorite lines;
, the top-liked comment is a transcription of Johnson’s entire commentary, written verbatim:
A fan’s transcription left on
one of Johnson’s videos
.
“It’s just me, I’m not trying too hard,” says Johnson. “I’m not trying to change it for nobody.”
Now, two weeks after his first cooking voiceover hit it big, he is putting up content near daily. As a comedian, Johnson is hopeful that his videos — which take about 20 minutes to film, starting with 10 minutes of weeding through the recipe clips fans DM him — could be his ticket to the kind of career he’s been hoping for since his Vine days. (One person whose career path could be a model to follow:

If You Love Everlane You’ll L

Liam Hemsworth Wanted to Reconcile With Miley Cyrus Until His Family...