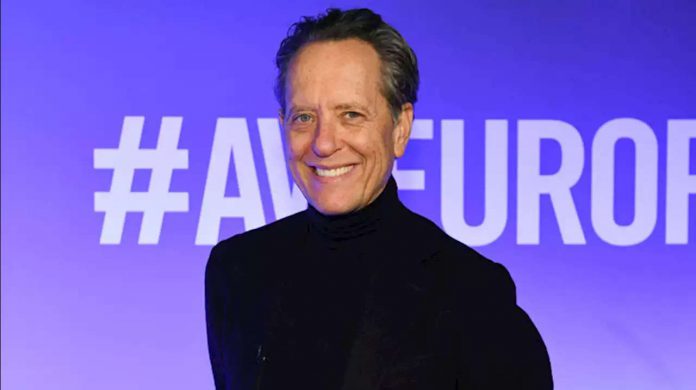 Oscar-nominated actor Richard E. Grant will portray a former drag queen and mentor in “Everybody’s Talking About Jamie,” the movie adaptation of the British stage musical. “…

Richard E. Grant to Play Former Drag Queen in ‘Everybody’s Talking About Jamie’
Oscar-nominated actor Richard E. Grant will portray a former drag queen and mentor in “Everybody’s Talking About Jamie,” the movie adaptation of the British stage musical. “Catastrophe” co-creator and star Sharon Horgan and “Happy Valley” star Sarah Lancashire have also joined the film. Max Harwood will play the titular role of Jamie, a role inspired […]
11 mins ago
‘Shaft’ With No Isaac Hayes? Heir, Studio Debate New Film’s Music
The son of the legendary Isaac Hayes is upset that there are no original Hayes tracks in the new “Shaft” movie, calling its soundtrack album “a cultural disaster.” New Line Cinema, which made the movie — starring Samuel L. Jackson, Richard Roundtree and Jessie T. Usher as three generations of the Shaft family — insists […]
14 mins ago
Ron Howard Turned to Editor Paul Crowder to Make His ‘Pavarotti’ Documentary Sing
Ron Howard is fast becoming a noted music documentarian: His 2016 film, “The Beatles: Eight Days a Week — the Touring Years,” released by Abramorama in theaters and Hulu on television, was a Grammy winner. His follow-up is “Pavarotti,” a doc about the man who became one of the most successful and beloved opera singers in […]
29 mins ago
MPAA Communications Chief Matt Bennett Steps Down
Matt Bennett, the executive vice president of communications at the Motion Picture Association of America, has left the organization. Known as a megaphone and lobbyist for Hollywood’s major players in Washington, Bennett vacated the top spot weeks ago and has taken a job as spokesperson for American University.

“We thank Matt for the many contributions […]
30 mins ago
‘Men In Black: International’ Blasts Off With $3.1 Million on Thursday Night
Sony’s “Men In Black: International” has launched with $3.1 million at 3,472 North American locations in Thursday night previews. The fourth iteration of the sci-fi comedy franchise stars Chris Hemsworth and Tessa Thompson as black-suited agents dealing with a baffling series of alien attacks against the Earth. “Men in Black: International” is opening at 4,224 […]
3 hours ago
Lili Reinhart Starring in ‘Chemical Hearts’ for Amazon Studios
“Riverdale” star Lili Reinhart has come on board Amazon Studios’ coming-of-age drama-romance “Chemical Hearts.” Based on the novel “Our Chemical Hearts” by Krystal Sutherland, the film is currently shooting in New Jersey as an Amazon Original produced for Amazon Prime Video. Richard Tanne is directing from his own script. Producers are Page Fifty-Four’s Alex Saks […]
4 hours ago
Disney Debuts ‘Frozen 2’ Scenes and Story Details at Annecy
ANNECY, France — Disney Animation Studios, a long-time friend and collaborator of the Annecy Intl. Animation Festival, returned to the French town on Friday with three new shorts from its experimental animated shorts program Short Circuit, destined for Disney Plus, before providing an inside look at upcoming “Frozen 2.” Held at Annecy’s lakeside Bonlieu Theater, […]
6 hours ago

Thank You to Rihanna for Proving a Hoodie and Silk Dress...