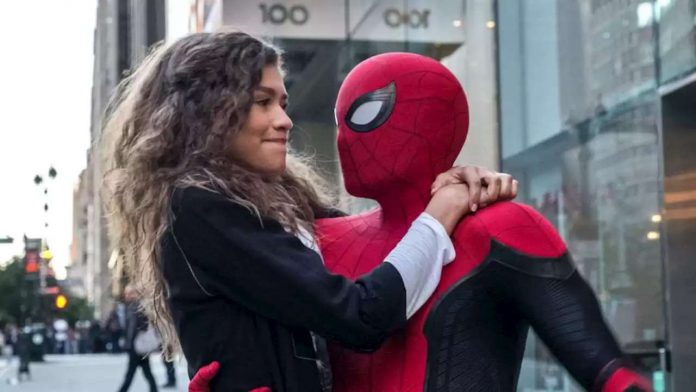 Any sweat Sony is apt to endure this weekend with the potential under-performance of Men in Black: International will be extremely alleviated in less than three weeks when their Marvel Cinematic Un…

in 24 hours (paid and organic) besting that of the January teaser (130M views),  and the first
Homecoming
trailer (116 million views). That 135M number is a remarkable result for
Far From Home
as typically views decline on a movie’s second trailer.
Social media monitor RelishMix reports that the social media universe for
Far From Home
is at 857.7M, which is approaching the 860.1M SMU opening weekend figure of
Homecoming.
This SMU for
Far From Home
is comprised of 106.5M Facebook Fans, 39.4M FB views, 50M Twitter Followers, a huge 530.2M YouTube views and 131.6M Instagram Followers.

While the first
trailer has clocked close 61M views on YouTube, the second biggest clip is of
Spider-Man
star Tom Holland, in costume, at the Children’s Hospital of LA with 32.7M views to date and still over 35K views daily.
Says RelishMix, “
Far From Home
is being perceived as the very last page in the current Marvel Cinematic Universe before the entire property shifts to another cast, ‘stage’ or ‘phase…’  So, fans and summer moviegoers alike are looking to this movie co-starring Jake Gyllenhaal as the last tease or wrap-up from

Grab 2 Dumbbells and Work Your Entire Body With Halle Berry’s...

Jil Sander’s Purity Is Made for Grown Ups LOVE

My Unconventional Life Staten Island woman lives with more than 500...