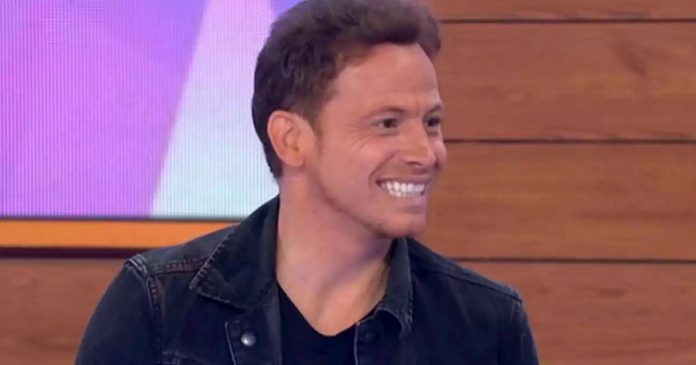 Proud mum Stacey Solomon gushed over her newborn son Rex in a post where he looks even more like his dad Joe Swash.
The Loose Women star, who gave birth just three weeks ago , has been enjoying her maternity leave with her new tot and keeping fans updated with his progress.
She shared the adorable snap of Rex with his face all screwed up as he relaxed in her lap while they watched Joe appear on the ITV daytime show.
Joe chatted about his baby joy and how his “perfect” son Rex had brought their blended family together as one.
Stacey explained that Rex was now too big for ‘tiny baby’ grows but didn’t quite fit into ‘newborn’, which was why his little outfit appeared slightly baggy.
The mum-of-three, who is taking a break from TV to look after her children, then shared a clip of Rex’s older brother helping to give him a bath.
Stacey shared the video on her Instagram , where she can be seen gently holding up Rex’s head while his brother squeezes water over him.

Giggling, she then coos: “Oh he loves his bath doesn’t he?”
The emotional mum admitted she couldn’t stop watching the video of her boys together.
When Joe appeared on Loose Women they confessed they all thought that Rex and Joe looked very alike.
Joe joked how Stacey was getting annoyed that people thought Rex looked more like him than her.
On how Rex has brought the family together, including his eldest son Harry, and Stacey’s two sons Leighton and Zachary, he said: “Little Rex is such a little anchor for our family, he’s our connection. He relates us all now together, we’re like one big family.”
After the passing of his own father when he was much younger, Joe revealed how having Rex and his son Harry together this weekend has brought a new meaning to the day, which he used to struggle with.
Do you have a story to sell? Get in touch with us at webcelebs@trinitymirror.com or call us direct 0207 29 33033
Read More Stacey Solomon and Joe Swash