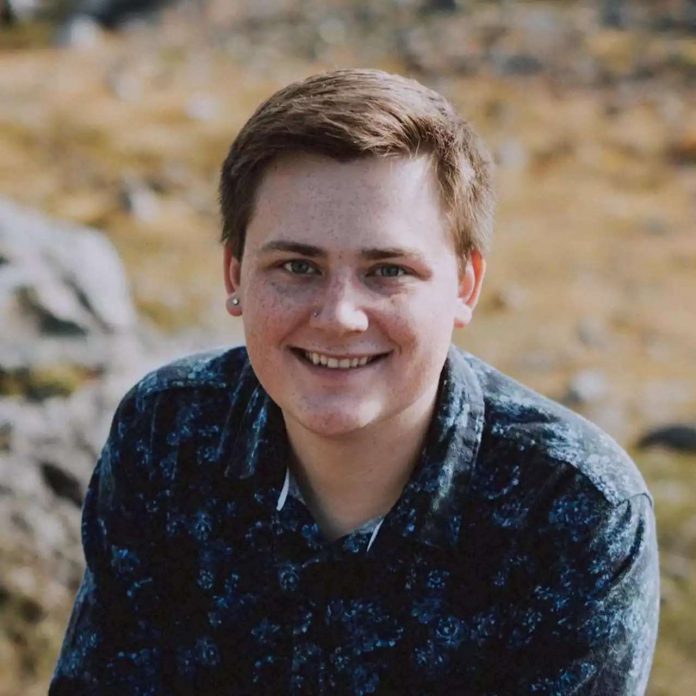 While Jace Taylor’s immediate family welcomed the gay teen with open arms, it was his “second family” that betrayed him, he says.

After struggling with his sexual orientation since the seventh grade, Washington teen Jace Taylor finally came out to his family last year. But the 18-year-old admits his struggle was more about his faith than his “super accepting” family.
“I was concerned because the Bible taught us that a man should not lie with another man,” Taylor tells Yahoo Lifestyle.
“I kept on reading the scripture and kept on analyzing it and came to my own conclusion that since Jesus said to love and accept everyone for who they are,” he says. “And that’s why I’m comfortable to be a Christian and comfortable to be an openly gay Christian.”
While Taylor’s immediate family welcomed the gay teen with open arms, it was his “second family” that betrayed him, he says. That’s because the Firs, a Christian organization that “raised me in the Christian Faith” fired him from his camp counselor position after discovering he was gay.
“I was heartbroken and I felt betrayed by them,” Taylor says.
Since the age of six, Taylor has been heavily involved with the Firs, a Washington-based non-denominational Christian organization that offers a variety of camp programs to “impact lives with the good news of Jesus Christ.”
After attending various camp programs, Taylor wanted to become a Fircreek camp counselor. “This was a lifelong dream of mine — since I was little I wanted to come back to this place and impact kids like they did with me,” Taylor says.
He recalls his time playing outdoor games in the woods, swimming in the water and singing Christian songs at the camp with great fondness. He went on to attend their camp throughout middle school to high school and even worked at the Firs Retreat Center dining hall for four years.
“I felt loved and accepted there. They taught me how to be a good person and a good Christian” Taylor adds.
Taylor was hired by the Firs to be a camp counselor at the Fircreek Day Camp last month. He was meant to start leading bible studies with a group of 10 kids this weekend. But, before he could start, the organization discovered he was gay after Taylor changed his Facebook profile picture to an image of him and his boyfriend at prom. Days after updating his profile, the Firs terminated Taylor from his position because his sexual orientation didn’t align with the organization’s beliefs.
“I got a text from the camp director to come in for a meeting,” Taylor recalls.

“He sat me down and said, ‘I’m sorry we have to let you go based on your sexual orientation.’”
Taylor says the camp director, a close family friend who had watched him grow up “inside Fircreek and outside,” was conflicted over the termination.
“It wasn’t his choice, it was someone higher up,” Taylor says.
The Firs has not responded to Yahoo Lifestyle’s requests for comment. However, the decision to fire the teen due to his sexual orientation was confirmed by the Firs executive director, Tom Beaumont, to a local news station.
“When it became evident in the application process that he did not personally align with our statements of faith (in particular, one regarding sexuality) we determined we could not use him in this role,” Beaumont wrote in a statement to Q13 Fox. “In order to be consistent to our beliefs and our mission we felt compelled to pass on someone we truly liked in filling this counselor role.”
Taylor says he initially was “heartbroken” and “balled his eyes out” to his dad after being told the bad news. However, the tears soon turned into anger at the Firs’ hypocrisy.
“I thought they would have changed their policy or be more accepting since they advertise themselves as a loving and accepting place that doesn’t judge anyone,” Taylor says. “I feel that I have been discriminated against for who I am and how I identify myself.”
While Taylor says he does not intend to pursue any legal action against the company, he does hope to raise awareness about the discrimination he and many others in the LGBTQ community face.
“Around the world and even in our own nation, that there are other people in the LGBTQ community that are discriminated against and get fired or denied jobs just because of how they identify themselves as and who they are as a person,” says the 18-year-old. “That’s not acceptable anymore, especially in today’s world — It’s honestly a violation of our basic human rights.”
Read more from Yahoo Lifestyle:
• Utah commissioner Nathan Ivie comes out as gay in Facebook video: ‘I need to be honest’
• Gay teens say they were kicked out of restaurant for hugging: ‘We don’t want your kind here’
• Grandma gives birth at 61 so her gay son and his husband can have a baby
Follow us on Instagram, Facebook, and Twitter for nonstop inspiration delivered fresh to your feed, every day.

We Need to Talk About Jake Gyllenhaal’s Gold Chain