Home Woman The 8 Worst Snubs from the 2020 Oscar Nominations 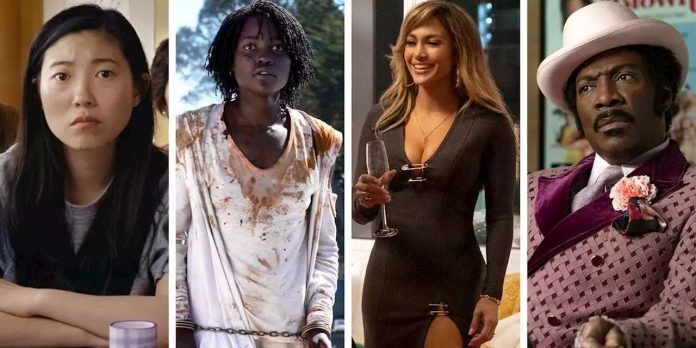 Justice for The Farewell!!!

Casi Moss / Courtesy of A24
The
were announced this morning, and while there’s plenty to celebrate—Bong Joon Ho’s masterful
Parasite
earned South Korea its first-ever nominations, Greta Gerwig’s
Little Women
picked up plenty of well-deserved love—there is also, as ever, plenty to get mad about.
Joker
, Todd Phillips’ commercially successful but divisive reimagining of the Batman villain, earned the most nominations overall, while the acting nominees were overwhelmingly white, and the directing nominees overwhelmingly male.
Here are the eight biggest snubs and surprises from today’s nominations.
1)
The Farewell
(Best International Picture, Best Director)
Lulu Wang’s poignant, sharply observed and largely autobiographical film—about a Chinese family grieving the imminent death of their grandmother, while simultaneously concealing her terminal diagnosis from her—is not only objectively wonderful, but has won a number of awards from festivals and at ceremonies including the Golden Globes.

To see it completely shut out in every category is a real disappointment, particularly since Wang is one of several female directors to be snubbed in that category.
2) Greta Gerwig (Best Director)
Wilson Webb
How should we interpret the fact that
Little Women
was nominated in six categories, including Best Picture and Best Screenplay, but that its director—a previous Oscar nominee for
Lady Bird
—didn’t make the cut in her category? Yes, there are only five slots for directors and a potential ten for Best Picture, but Gerwig brought such artistry and vision to her reimagining of
that her omission is a surprise. To quote Issa Rae as she announced the directing nominees,”Congratulations to those men.”
3) Jennifer Lopez in

Learn How to Project Manage From Home Like a Pro