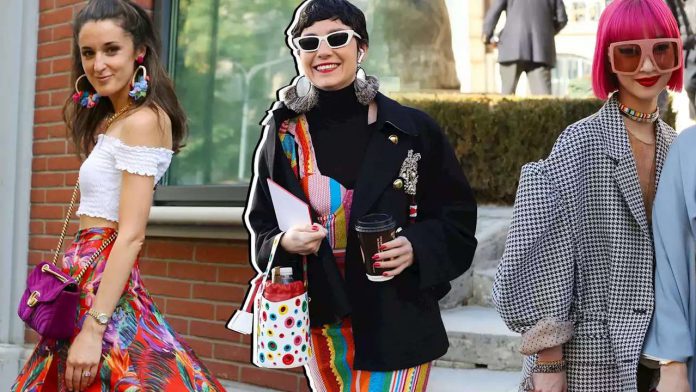 Don our rainbows proudly and elegantly, fiercely yet chicly this month.

Pinterest
“Our job as gay people was to come out, to be visible, to live in the truth, as I say, to get out of the lie,” the artist and drag performer Gilbert Baker, who is credited with creating the gay-pride rainbow flag, once explained. “A flag really fit that mission, because that’s a way of proclaiming your visibility or saying, ‘This is who I am!’ ”
In 1978 Baker and a bunch of his friends designed the first rainbow flag, urged on by Harvey Milk, the first openly gay elected official in the history of California. Each color had its own meaning—hot pink for sex, red for life, orange for healing, yellow for sunlight, green for nature, turquoise for art, indigo for harmony, and violet for spirit.
Thirty volunteers helped make the first two flags in the attic of the Gay Community Center in San Francisco. Soon the banner was proudly flapping around the world—from the Castro to Key West, from Christopher Street to the canals of Amsterdam, from the pleasure boats of the Seine to the barges on the Thames. Twenty-five years later in 1994, Baker made a mile-long version for the 25th anniversary of the Stonewall rebellion.

Now, as we get ready to commemorate the 50th anniversary of Stonewall, the flag has become a ubiquitous symbol of struggle and victory. (If those brave bar patrons a half-century ago could have but realized what their spontaneous decision to fight back would mean to the movement and to the world.) Which brings us to today’s lesson, children—namely: How do we don our rainbows proudly and elegantly, fiercely yet chicly? May we suggest gorgeous rainbow-hued jewelry—stunning enough to delight your ears, your neck, your wrists, your fingers on June 30, but beautiful enough to wear all year long?
Here, a roster of precious gems, witty and gorgeous:
I Love You
spinning discs and beaded safety pins; cartoon arcs and sensuous spirals; hearty hearts and charming charms—Diamonds! Sapphires! Emeralds! Rubies! Amethysts!—ready for you to brandish as you hold that banner, or at least that martini, high on the last Sunday in June.
All products featured on Vogue are independently selected by our editors. However, when you buy something through our retail links, we may earn an affiliate commission.

Hannity Of Course Manafort and I Were Text-Bros About the Mueller...