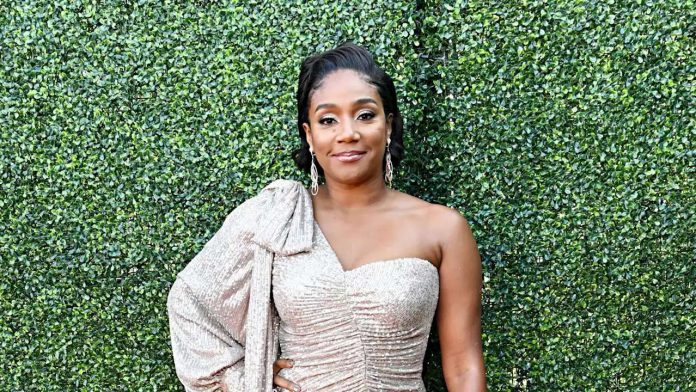 Go to permalink
Image: Getty
Tiffany Haddish has canceled her June 22 performance in Atlanta to protest Georgia’s “heartbeat bill,” joining other celebrities and studios who are refusing to work in the state in response to the restrictions.
In a June 15 statement to ticketholders, Haddish
wrote
she’s “postponing” the show until after Georgia gets rid of its six-week abortion ban, which is pretty fucking unlikely since dickstains are using the measure in a greater effort to repeal Roe v. Wade and make sure a lot of women die:
“After much deliberation, I am postponing my upcoming show in Atlanta,” Haddish wrote. “I love the state of Georgia, but I need to stand with women and until they withdraw Measure HB481, I cannot in good faith perform there.”
Advertisement
While Haddish is the first celebrity to actually cancel an appearance in Georgia over the ban, Warner Media, Netflix, and Disney are reportedly debating whether to continue production in Georgia.

Other celebrities, like Natalie Portman, also say they’ll no longer be traveling to Georgia for work or play, to which Georgia’s governor
says
good riddance because he seems to understand celebrity rankings every bit as well as he understands human reproductive systems:
“We’re elected to do what’s right ― and standing up for precious life is always the right thing to do,” Gov. Brian Kemp recently told the Georgia Republican Convention, “We value and protect innocent life — even though that makes C-list celebrities squawk.”
It’s likely that we can soon expect Southern lawmakers to introduce bills banning all entertainment save tent revivals featuring the cast of
Duck Dynasty
in response to hurt feelings over A-Listers refusing to perform for the Commanders and Wives.
Share This Story