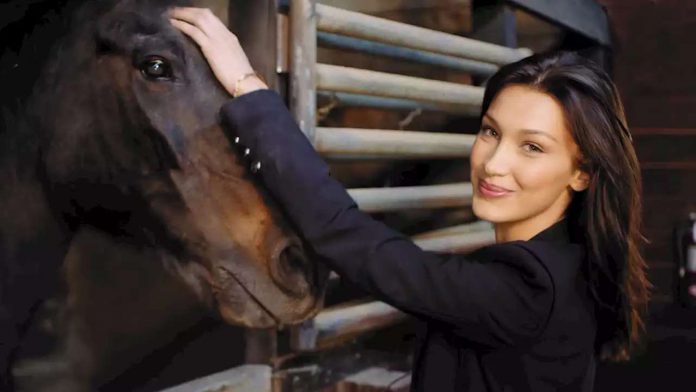 The model talks about her childhood, her early obsession with photography, and the most beautiful person she knows.

December 19, 2018 1:00 PM
Where did we track down Bella Hadid for the latest episode of
73 Questions
? A horse stable, obviously. After all, Hadid is an Olympic-class equestrian, who competed for 10 years, and horses, she says, are her best friends. She loves all animals, in fact, but it started with her childhood horse, Lego. “I get told that people don’t think I’m as nice as I am,” she says, strolling through the stable, bestowing pats and snuggles and carrots to her four-hoofed friends (including one adorable baby goat, Olivia).

Along the way, Hadid talks about her childhood, her early obsession with photography, and the most beautiful person she knows (“my
boyfriend
”). Hadid lives at such a fast pace—she took 17 flights this month—that she can do a wardrobe change at the Victoria’s Secret show in 30 seconds. What is she looking forward to most about spending the holidays chez Hadid? “Doing absolutely nothing,” she says. Toast to that.
Watch Gigi, Bella, Anwar, and Yolanda Hadid in the Best Looks of New York Fashion Week Spring 2019:
In This Story:

Checklists Can Help Us Make Better Decisions — But Only When...

‘When I wouldn’t let them search my turban they shouted at...