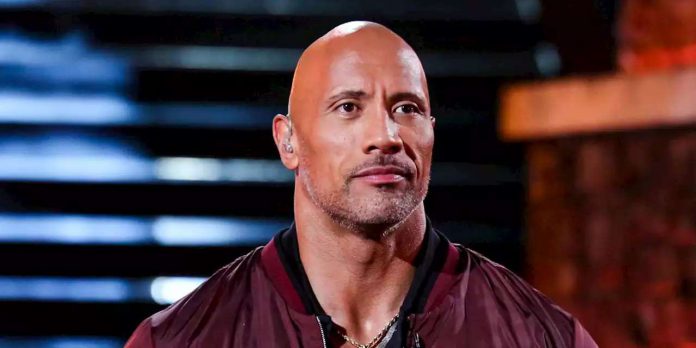 NBC
Getty Images
Dwayne”The Rock” Johnson posted a photo about his morning workout routine and response to a poorly timed request from his daughter.
In the caption, The Rock said he passed along his daughter’s request to build her Barbie house to mom, Lauren Hashian.
Commenters don’t think it’s funny and are dad-shaming him for choosing a workout instead of spending time with his three-year-old daughter.
Common sense says to only pick on someone your own size. Of course that doesn’t apply to online criticism, as
Dwayne ‘The Rock’ Johnson
knows all too well.

(Seriously who would pick a fight with him IRL?)
The latest photo that caused a ruckus showed a bug-eyed Dwayne dressed in workout gear and standing in front of children’s toys.”My ‘On my way out the door to get my morning workout in before work and my 3yr old Jazzy says Daddy can you put together this Barbie house please’ look,” he wrote.
“It’s a two story house,” he added.”Of course, I can sweetheart – daddy can do anything, but let’s get mommy [Lauren Hashian] because she’s awesome at this and wanted to personally put it together for you.”

This 35 Dress Is Going to Be Your Secret Style Weapon...