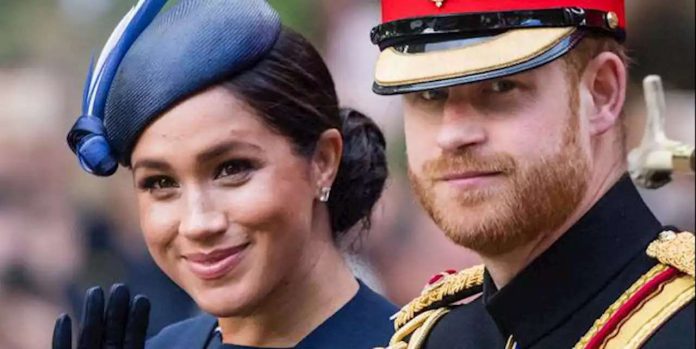 Here’s the reason why Prince Harry told Meghan Markle to ‘turn around’ at Trooping the Colour.

So, perhaps the reason Meghan looks so serious wasn’t
necessarily
because of what Harry said—but because the National Anthem was beginning and everyone was assuming their”Official Royal” expressions.
And for what it’s worth, a lot of royal fans aren’t here for the video being manipulated to make it look like Harry and Meghan were arguing.
“Only they do not show it’s because the anthem would begin, and so Meg turns and gets serious,” one fan wrote.”They’re using this to say that Harry mistreated her, when in fact I think he told her that the hymn would begin and then she’d become like everyone else.”
Another added,”Thank you for posting the actual video. The haters are twisting the video to say that Harry told her to turn around, and she wanted to cry.”
The royal family haven’t responded to the buzz around this video and chances are they never will. But on Sunday, Kensington Palace

Dior Couture Show Poses the Question ‘What if Women Ruled the...