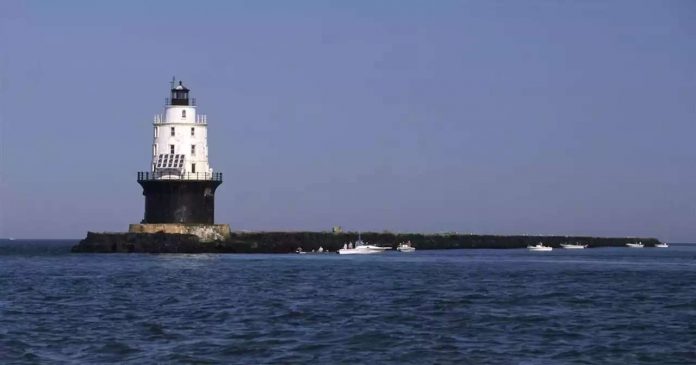 The bacteria, which causes over 100 deaths a year, is a relatively small problem, but may have significant consequences.

Warming waters
Although doctors have seen some variation in vibrio infections from year to year, the general increase in cases is not surprising.
Indeed, “the seawater is slightly warmer on average compared to what they have been in the past,” said Kimberly Reece, chair of the department of Aquatic Health Sciences at the Virginia Institute of Marine Science, who was not a part of the new report. “This is particularly true in the northern waters. So I think we’re probably seeing some higher incidences of disease in the mid-Atlantic and Northeast.”
But Reece said the increase in cases in the Delaware Bay may be due to something more than water temperature, that other water conditions, such as salinity and pH, could also play a role.
Other experts, however, suspect that rising water temperatures are the primary culprit.
“Vibrios are in many ways a poster child for climate change, because they are very sensitive to small changes in [water] temperature,” said Dr. Glenn Morris, director of the Emerging Pathogens Institute at the University of Florida, who was also not involved with the new research.
“Given the consistent global increase in water temperature, we are seeing increasing rates of this particular pathogen. That can be translated in increasing numbers of foodborne illness, such as oysters, or in wound infections after contact with saltwater,” Morris said.

Vibrio vulnificus
BSIP / Getty Images/Collection Mix: Sub
There are several vibrio species that infect humans, but the deadly kind, V. vulnificus, is usually contracted when an open wound comes into contact with
coastal salt water
. Necrotizing fasciitis, a skin infection that kills the body’s soft tissue, can quickly develop soon after. If not treated promptly with antibiotics, the infection can become fatal. But more often, the bacteria are ingested in raw or undercooked seafood, causing diarrhea. The resulting illness is rarely life-threatening and symptoms occur within 24 hours and last about three days.
Morris noted that vibrio infections, albeit rare, are more likely to cause diarrhea or sepsis, a bacterial infection in the blood that causes organs to shut down, than the deadly flesh-eating infection. He also added that most healthy people don’t need to worry about either, because those who are most at risk are people with weakened immune systems, as well as children and the elderly.
“If you fall into one of these high-risk categories, people should be aware that there are bacteria in the water that can cause serious infections,” he said. “Yeah, this is a minor risk, but people should be aware of it.”
FOLLOW

‘Can we please stop and be a c