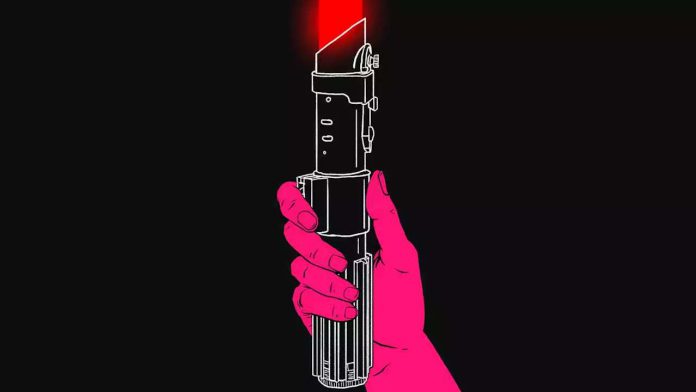 any other movie in the series before
.
But I was about 11 years old, and I loved it—mainly because Hayden Christensen and Natalie Portman suck face a lot on screen.
In
Attack of the Clones
, Anakin Skywalker (Christensen, who I now realize cannot be older than 19 or 20 in this movie) and Padmé Amidala (Portman) are hopelessly in love, but because Anakin is training to be a Jedi, and Jedis cannot marry, they are forced to hide it from the world. You can see this conflict on their faces because they stare at each other for half the movie, both clearly in agony.
“I’m in agony,” Christensen tells Portman, as they sit side by side near the glow of a fireplace, having already shared a kiss. The increasing flirtation between them makes it obvious they want more.
The plot didn’t matter much to me at that point. I did not know that Anakin would one day become Darth Vader, or that when Padmé first meets Anakin, he is a child—and in retrospect, I was probably able to enjoy the movie more because I didn’t know these things.

What really entranced me was the idea that forbidden love is the sexiest love, especially if you are on the edge of puberty.
Attack of the Clones
convinced me that more movies should have kissing in them. But just how horny are the other
Star Wars
films? Friends of mine insisted that
Attack of the Clones
, on top of being laughably bad, is also an outlier in the
Star Wars
universe for its high sexual content. But even blockbuster franchises set in space need sex, I thought. After watching eight
Star Wars
movies—the first two trilogies, spanning from the late ’70s to the early 2000s, and the two installments of
2010s trilogy—I set out to rank the kissing and potential for horniness. Here are my findings.
Star Wars: Episode IV—A New Hope
Image:

The 20 Funniest Tweets From Women This Week

The 5 Best Anti-Aging Concealers for All Those Itty-Bitty Fine Lines...