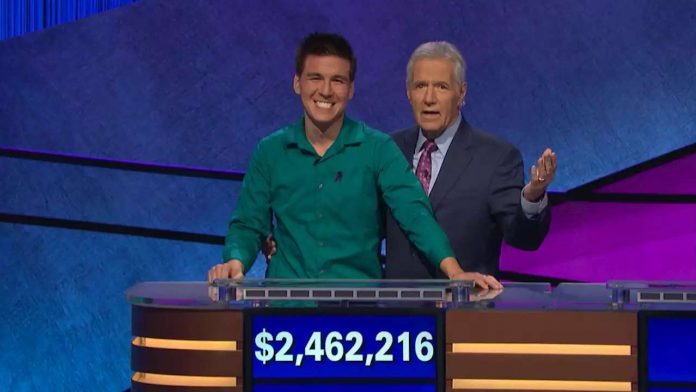 One of Jeopardy’s! biggest winners is something giving back. James Holzhauer, who galvanized the nation as he won 32 straight games and earned a near-record total of $2,462,216, has donated a…

, who galvanized the nation as he won 32 straight games and earned a near-record total of $2,462,216, has donated a portion of his winnings to a Chicago-area pancreatic cancer walk.
Holzhauer’s donation was made in Jeopardy! host
Alex Trebek
’s name. Trebek has been battling stage 4 pancreatic cancer, he said in March. He’s since said he’s near remission.
The idea for donating was sparked when a resident of Holzhauer’s former hometown saw him on the show and decided to invite him to the 2018 Naperville Pancreatic Cancer Research Walk on July 14.
Holzhauer responded, and while he said he would not be able to participate, he sent her a donation for $1,109.14. Holzhauer wrote: “For Alex Trebek and all the other survivors.”
The amount of the donatnio was tied to Holzhauer’s daughter’s birthday.
The Naperville walk is organized by the Lustgarten Foundation, the largest private funder of pancreatic cancer research.
Subscribe to
and keep your inbox happy.
Read More About:

This Nonalcoholic Alternative to Aperol Spritz Is 25 Calories and Comes...

Hairdressers can officially reopen on this date