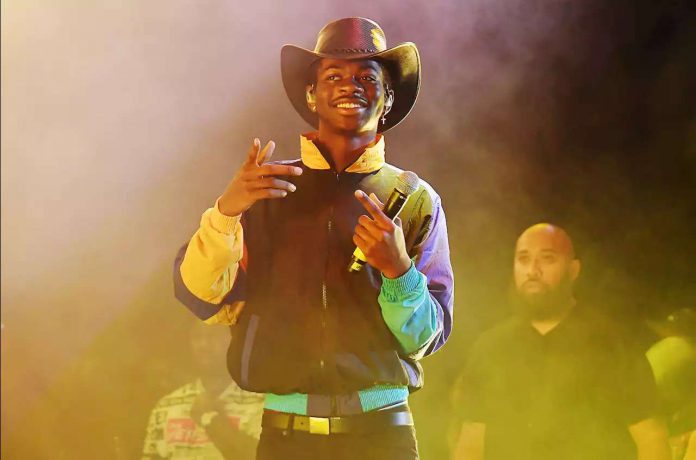 As ‘Old Town Road’ continues to dominate the top spot on the Hot 100 for an eleventh week, Lil Nas X finally shares the first taste of his ‘7’ EP with the highly anticipated ‘Panini.’ Nas X premiered the track over at Beats 1 just before noon ET on Thursday (June 20).

finally shared the first taste of his
7
EP with the highly anticipated “Panini,” which he premiered on Beats 1 just before noon on Thursday (June 20).
The 20-year-old explained to host Zane Lowe that this was the first song he ever did in a real studio. “That was for me it was the first song that I did in like a professional studio,” he said. “‘Old Town Road’ wasn’t done in a professional studio, that’s the thing. It was never even mixed and mastered. Like the song that you hear today, it’s not mixed or mastered. That’s from the $20 I paid the rough mix.”
On the heels of the catchy “Panini,” Nas X will unleash the rest of his long-awaited
7
EP, which actually contains eight tracks. The Columbia Records signee relayed that he’s been working closely with Blink-182 drummer

Why you should go to the RA Summer Exhibition