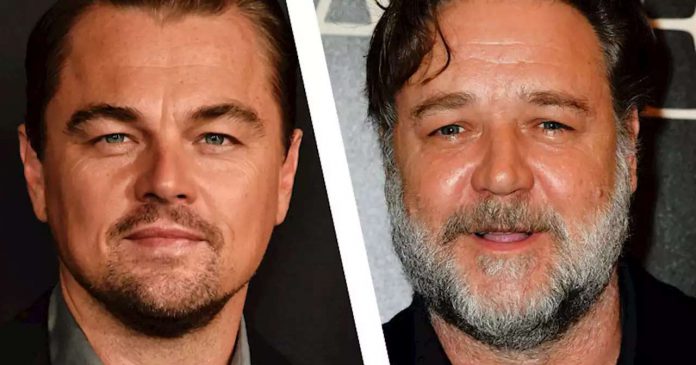 Once upon a time in Hollywood.

Photo: Getty Images When you’re in the market for a dinosaur head in Hollywood, make Leonardo DiCaprio your first call. On Wednesday, Russell Crowe told Howard Stern the story of a dino skull that he just happened to purchase from his Body of Lies co-star. “I bought it for my kids, and you know, cut myself a little bit of slack here, there was a bunch of vodka involved in the transaction and it happened at Leonardo’s house,” Crowe told Stern. “[DiCaprio] started the conversation, he’s like, ‘I got this one, but there’s another one coming on the market that I really want so I’m trying to sell this one,’ and I said, ‘Well, I’ll buy it.’ I said ‘How much you want for it?’ He was pretty cool about it, he said, ‘Just give me what I paid for it,’ and I think he paid 30, 35 grand for it.

Crowe said his kids were obsessed with dinosaurs at the time, but admitted that the dinosaur itself — a Mosasaur — was never a very popular species.
Leo’s love of dinosaur skulls is well-documented, and he reportedly looked around at some more skulls at Art Basel in 2018 (though, at the time, a rep for the actor said “Leo never went to see the fossils while in Miami,” which is a frankly hilarious denial). Crowe sold the dinosaur head as part of his infamous divorce auction last year.

Understanding your pain is imp

Comedy Central’s My Least Favorite Thing Is One of Our Favorite...