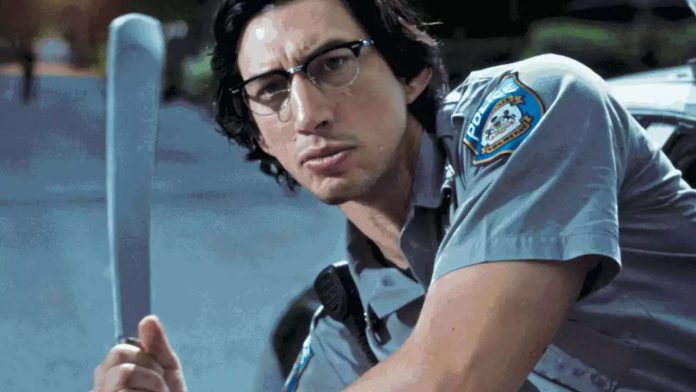 Exit Poll
is
a series exploring the good, bad, and deranged films and events our editors are attending. This week: Sarah Nechamkin heads to a screening of Jim Jarmusch’s
The Dead Don’t Die
, an ensemble zombie comedy that provides just as many opportunities for memes as it does heavy-handed political commentary.
A unique phenomenon of the digital-first age has been the advent of art that feels made to be a meme. There’s always a particular moment when that realization occurs—when, say, Meryl Streep abruptly shrieks on
Big Little Lies
, or when Lady Gaga bursts into a singsong wail at the emotional apex of
A Star is Born.
GIFs
had already littered my Twitter feed like Halal Cart drippings on Canal Street.) Nevertheless, it’s a disorienting thing, at once cynical, hilarious, and inexplicably moving. This, I say to myself, is too funny to be taken seriously, even as a comedy.

This, I say to myself, will break the internet.
In the case of
The Dead Don’t Die
, Jim Jarmusch’s new ensemble zombie comedy, that moment came over and over and over again. There was the moment when Adam Driver (as Officer Peterson, a nod to his titular role in Jarmusch’s
Paterson
red Smart car
, only to find that two inhabitants of the eerily pleasant town of Centreville have had their innards feasted upon by a pair of coffee-guzzling zombies (played by Jarmusch’s wife, Sara Driver, and—why not?—Iggy Pop). There was the moment when Tilda Swinton, or “Zelda Winston,” is introduced to the audience while
whipping a samurai sword
, and painting the faces of the dead bodies she’s chosen to keep in Lichtenstein-ian drag. (Surprise: they’re not as dead as she thinks.) There was the moment when Driver holds the decapitated head of an innocent Selena Gomez by the ponytail; when a

Will the Academy Museum of Motion Pictures Ever Actually Open?

Congrats to the Preppers I Guess