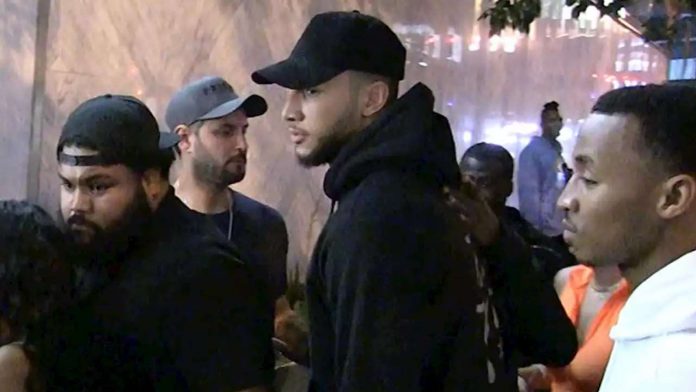 Hours after getting a $170 mil contract offer, Ben partied in Hollywood!

How do you celebrate after getting a $170 MILLION contract offer?
If you’re
Ben Simmons
, you hit the Hollywood nightclubs with a massive entourage!!
That’s what the 22-year-old did last night … rolling into Bootsy Bellows in West Hollywood like the ultimate VIP and
TMZ Sports
has the video.
Simmons — looking super casual in a hoodie and a baseball cap — strolled right past the normies and walked right into the club with a bunch of dudes and ladies surrounding him.
It was a pretty pimp moment from one of the biggest young stars in the NBA.
Ben joined some huge celebrities in the club including

WalMart Will Check All Workers’ Temperatures