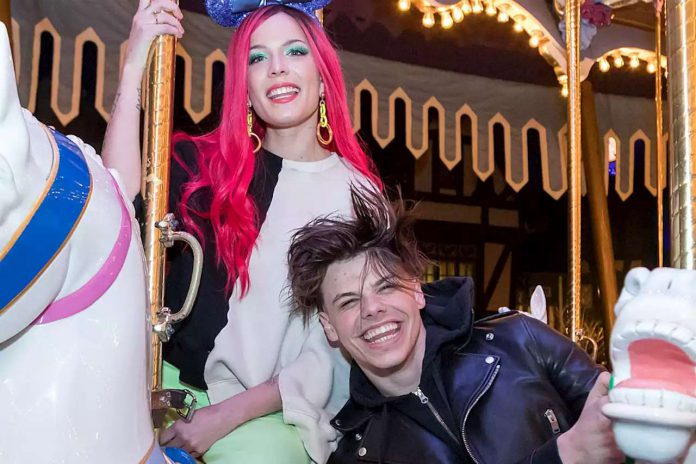 Halsey aired her thoughts about her boyfriend Yungblud’s attractiveness after a fan called him ‘so hot’ on Twitter.

“11 minutes,”
where they opened up about how they first met and why their relationship felt “really organic.”
Since then, they’ve been enjoying each other’s company, and Halsey and Yungblud rarely ever post photos together on Instagram, when they do, fans go completely wild over the couple.
For instance, the lovebirds went on a relaxing vacation last month, in which the 24-year-old pop star shared a few brief glances at their blissful time together. In two of the shots, we see them playing a game of chess, as well as Halsey’s toes on Yungblud’s face while the two lounge in bed.
Overall, Halsey and Yungblud are both hot and we ship them unconditionally.
Halsey and Yungblud’s Cutest Couple’s Photos
Filed Under