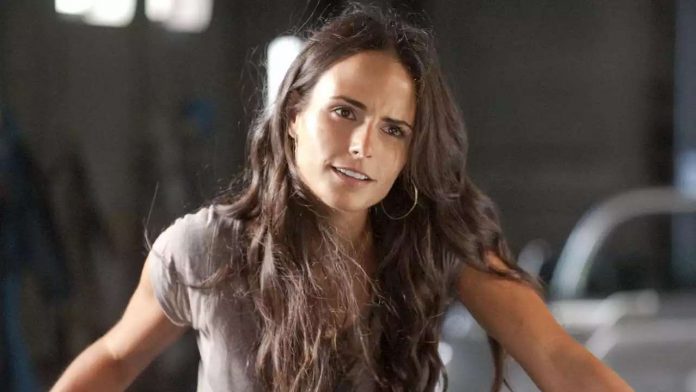 Jordana Brewster, who was written out as part of the late Walker’s farewell, is back. Will her return reveal what happened to Brian?

A member of the
Fast and Furious
family is making an unexpected return, and raising significant questions in the process. Having sat out the blockbuster franchise’s eighth installment,
Jordana Brewster
revealed over social media that she’ll return to the role of Dominic Toretto (
Vin Diesel
)’s sister, Mia, for next year’s
Fast and Furious 9
. What then, should we expect for the late Paul Walker’s character, Brian?
Diesel shared the announcement over Instagram, dropping a post with Brewster and the young actor portraying hers and Walker’s character’s son. “We’re here and it is day four,” Diesel clarified in the video.

“We are still in gratitude because this is such a beautiful place to shoot. We love filming in London, this is one of many locations I’m here with Jordana—Mia—my incredible sister on and off-screen, and we have someone very, very special here—
Isaac
Brewster originated the role of Mia Toretto in the very first
Fast and the Furious
way back in 2001, and has appeared in five of the eight franchise entries to date. That said, her character was given something of a conclusive exit with the seventh installment, which was

Tiny Love Stories My Ex Moved Out a Rat Moved In’

40 Fourth of July Captions You Can’t Go Wrong With