Home Woman I Told My Boyfriend How Many People I’d Slept with and He... 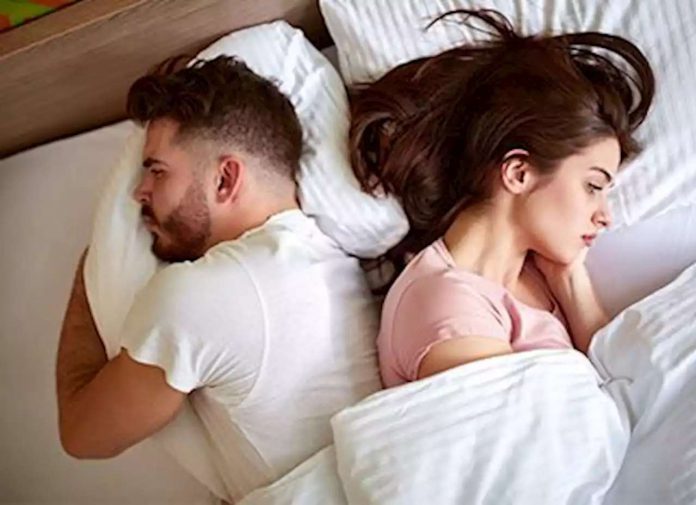 “My boyfriend can’t get over how many people I’ve slept with. I shouldn’t have told him, but he pressed me for the info. He was ‘nerdy’ for most of high school and college, and just started coming into his own…

“My boyfriend can’t get over how many people I’ve slept with. I shouldn’t have told him, but he pressed me for the info. He was ‘nerdy’ for most of high school and college, and just started coming into his own in his mid to late 20s. I have been dating consistently for years, and have had my fair share of hookups and relationships. And while I don’t think my number is crazy at all, he can’t deal with the discrepancy. We’ve been dating for two years and we’re serious. I don’t want to break up. How can I handle this?”
I agree that you probably shouldn’t have told him, but lots of people fall into the trap of discussing their sexual history with their current partner, and I get it. If you trust someone, it’s natural to want to talk about what you’ve learned from past relationships and sexual experiences. That said, numbers really aren’t necessary, and rarely do anything aside from making one person feel bad.
But you can’t go back, and his reaction may have provoked an important conversation. After all (and as you well know), this isn’t an issue of who has slept with more people. It’s about his comfort with his past, and it’s about both of you establishing that your needs are being met by this relationship.
First, you have to figure out the problem you’re tackling, because it will change the course of action.
Problem #1: Does your boyfriend feel he’s missing out?
Did your confession trigger his hidden desire to play the field? Or fears that he hasn’t experienced enough sexually before settling down? Timing is crucial. And if a relationship is going to bud into a long-term partnership, both parties need to quell their doubts.
I often talk to couples where one partner has experienced a lot of love and sex in their teens and 20s, and is ready to make a commitment, while the other person—who has a more limited romantic past—is not. To some extent, this is about FOMO (the plague of our generation, if you ask me). But it’s also based in reality: If you haven’t kissed a few frogs, how do you know you’ve found your prince or princess?
If this is the case, you need to ask your boyfriend if he feels the need to date and explore more.

Will he think he’s missed out sexually, years from now? Is he willing to throw away something good because he thinks there’s something better out there? Or is he willing to forgo other options, believing the grass isn’t always greener? You might not like his answer, but it’s important to find out.
Problem #2: Does your boyfriend feel you’ve slept with too many people?
I’m going to assume that you (rightly) know your number of sexual partners does not define you. Perhaps your boyfriend believes the same thing—on a rational level. And if he doesn’t, well, you don’t need me to tell how you how problematic and misogynistic that is. In fact, if that’s the case, your conflict might boil down to a difference in values, and turn into a deal-breaker. But I’m going to guess there’s more to it than that.
See, eons and eons of toxic masculinity has taught men that they need to be sexually confident and experienced, and a lot of men struggle with living out what they proclaim to get—that it’s OK for a woman to have had more sexual partners—because it somehow makes them feel ashamed.
Ask your boyfriend what he rationally believes: “Do you think my sexual number defines me?” I’m guessing that hearing how crazy that sounds might provoke an honest conversation about where his actual insecurity lies. Perhaps it’s a fear that he’s not a real man. Perhaps it’s a worry that he’s not sexually experienced enough to be good in bed. (Dumb, I know, but men think this way!) If you’re both committed to each other, the conversation will only bring you closer, help you grow more secure and enable you to move past this roadblock.
After all, sex is way more fun when you’re doing less accounting.
Jenna Birch is a relationship coach, journalis, and author of The Love Gap: A Radical Plan to Win in Life & Love.
RELATED: My Wife Wants Me to Lose Weight. Do I Owe It to Her to Try?

‘Revenge of the Dreamers III’ Lights Up on Twitter See the...