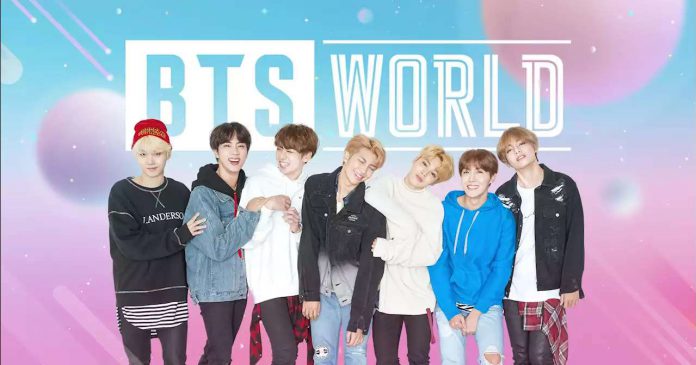 BTS has been working on its new mobile game, ‘BTS World,’ for two years. We got to play it — and I can’t stop changing Jimin’s hair.

Players get the chance to see the band members meet each other (like
maknae
Jungkook fanboy-ing over RM), disagree with each other, and work together as a team tirelessly before their debut. The kinds of scenarios presented are as life-like as possible — for example, like where the manager must choose between encouraging members to either fulfill personal or band obligations. Should BTS go to an important dance practice or help celebrate J-Hope’s niece’s birthday?
Going through the minutiae is exactly what ARMY members love — that’s why fans will watch hours of the guys playing games with each other, shopping at the grocery store, or eating dinner on live-streaming app VLive. But this time, instead of simply watching, you get to actively participate.
Playing the game, it’s easy to forget that these scenarios are simulations, especially given that there are photos and video clips of the guys at almost every step (10,000 brand new photos and 100 videos, to be exact). When I chose to throw the birthday party, for instance, I watched a heartwarming clip of the guys flexing their best acting chops and preparing for the party.
Advertisement
Other aspects of the game also truly tap into ARMY members’ tastes.

As you make decisions and progress though the game, you can collect cards to unlock even more stories and content. You can also help the members post to their virtual social feeds.
One of the most striking features is the ability to virtually chat with each of the members. We’re sure that many ARMY members have wanted to take a look at BTS’ elusive group chat. Well, as
Manager-nim
, you can chat the guys to make sure they’re ready for rehearsal or check in to make sure everyone’s on the same page. After being prompted on the screen, I congratulated the members on a performance — and received many thank yous back…that I had to remind myself were simulated.
Another one of the most fun aspects is the ability to change the looks of the members. BTS change their aesthetic more often than most people change their sheets, so there are a plethora of options to choose from. Of course, every ARMY member has their own secret favorite look — whether it’s V with blue hair, Jin in pink shirts, or mint Yoongi.
If you can’t wait any longer to play
BTS World

I’m Only Dressing Like Billie Eilish From Now On