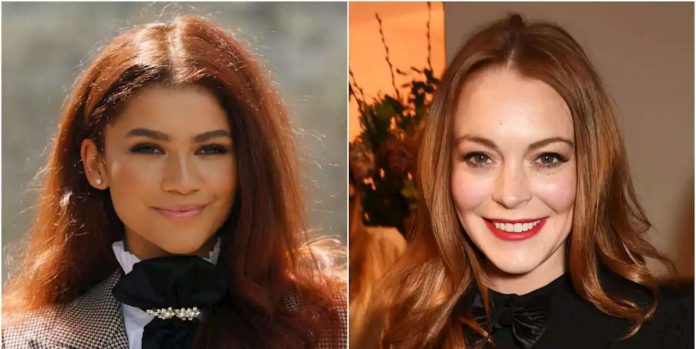 Zendaya just responded
to Lindsay’s comments in a new interview.
All eyes were on Zendaya when she showed up at the 2019 Met Gala in a Cinderella-style ball gown complete with colour-changing LED lights. She even brought her stylist along to fill in as her”fairy godbrutha.” It was clear Zendaya came to slay this year’s”Camp” theme and everyone was truly impressed, except Lindsay Lohan apparently.
Lindsay took to a Disney Instagram fan account that posted a picture of Zendaya in her dress to reveal her real thoughts on Zendaya’s Met Gala look.”Claire Danes did that with @ZacPosen already,” she wrote. If that wasn’t enough, she went in even more, tagging Claire Danes and writing,”@ClaireDanes, you wore this dress so beautifully. I don’t know why someone thinks that they can be more chic. Ever.”

Vetements Was Once a Darling of the Fashion World Are the...