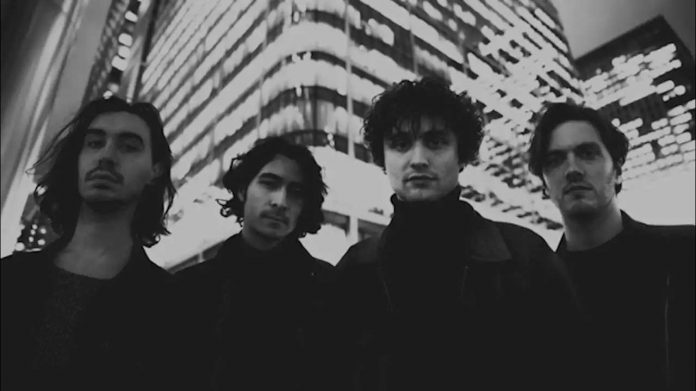 ‘White Roses,’ the new collaboration from English indie-pop quartet Flyte and indie-folk trio The Staves, is as beautiful as its title would imply.

, is as beautiful as its title would imply. The two acts met while touring with The Lemon Twigs, bonding over beer and
The Office
(U.K., of course), which eventually led to the Staveley-Taylor sisters lending their talents to “White Roses,” the first song of a new era (“the first of many to come,” they
tease
) for the up-and-coming Flyte.
Set at a funeral, “White Roses” juxtaposes mournful, contemplative lyrics with tranquil acoustic guitar strums, gentle, jangling hand percussion and The Staves’ preternaturally lovely vocalizations. Lead singer Will Taylor references both W. H. Auden’s poem “
” and
The Truman Show
, reckoning with loss and legacy as he circles the song’s central symbol: its eponymous white roses, said to represent new beginnings.
Flyte are currently at work on the follow-up to their acclaimed 2017 debut album

The Chase star reveals he is battling Parkinson’s disease

Lizzo Gets Candid On Social Media About Dealing With Depression