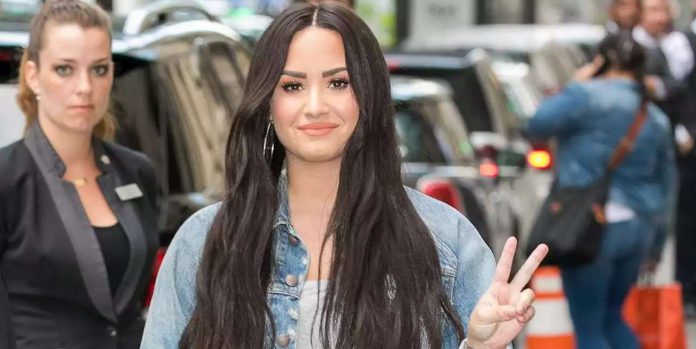 Demi Lovato got a finger tattoo that says ‘ME’—here’s the meaning behind it.

(@ddlovato) on
Jun 27, 2019 at 7:34pm PDT
Demi’s tattoo comes just a few days after she revealed via Instagram that she’s making new music and fans
should
expect an album sometime soon. “You know what’s great about making an album?” she wrote on her Instagram Story. “You get to say anything you want, be as open and honest as possible, and finally tell your side of the story regardless of who might not like it.”
Instagram
Demi has been pretty private since her July 2018 overdose, but last month, she announced that she’d signed with Justin Bieber’s manager, Scooter Braun. “GUYS!!!!!!! Dreams came true today for me,” she said in the announcement. “I officially have a NEW MANAGER!!! And not just any new manager, but the one and only @ScooterBraun!!!! Couldn’t be happier, inspired and excited to begin this next chapter with you, Scooter!!! Thank you for believing in me and for being a part of this new journey. Let’s DO THIS!!!!!!”

Parenting in a pandemic – Harvard Health