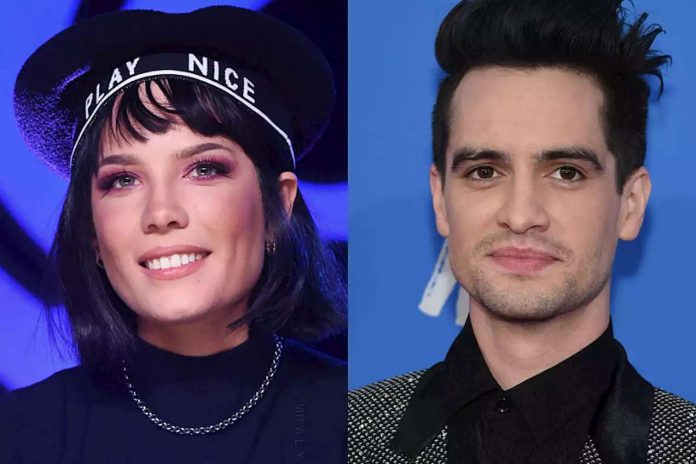 Halsey recalled the gift Brendon Urie have her after a bully stole her Panic! at the Disco wristband.

Brendon Urie
’s sweet response to a story she told him—and how her decision to confide in him turned into an adorable gift.
The two have been close friends for years and ultimately began their friendship via Twitter before finally meeting in person in 2013. However, it was only after the second time they met—at one of the
“Nightmare”
singer shows in Los Angeles—that she realized Urie was “coolest guy in the music industry.”
“Anybody who knows anything about me at all knows how much I loved Panic! at the Disco growing up. I think I actually talk about them in every single interview,” she explained during an interview with
Sirus XM
.
“Brendon Urie is honestly my hero and I’m lucky enough to have him as a friend now,” she continued. “So, when I went to one of their shows when I was a kid, I got a wristband for being in the pit and I’m telling you I didn’t take this thing off for like a year.

I showered with it covered in plastic. I wanted to keep it on as a memory of the concert forever.”
She then goes on to reveal a bully from her school ripped it off her arm one day and taunted her by saying, “Ha ha, look you don’t have your stupid wristband anymore.” She was obviously completely devastated but little did she know she’d be gifted the same wristband from her emo idol over a decade later.
“Flash forward a couple of years and Brendon Urie comes to one of my shows in Los Angeles, and I tell him this story,” she said. “Well, he must have been moved by it that the next day I got a bouquet of flowers that had wrapped around them two Panic! at the Disco pit wristbands to replace the one that I had lost 10 years ago.”
Watch Halsey recount the entire story in the video, below:
Celebrities Who Were Friends Before Fame
Filed Under

The Biggest Risk I Take Is Loving the Black Men in...

A Comprehensive List of Which Celebrities Are Team Taylor and Team...