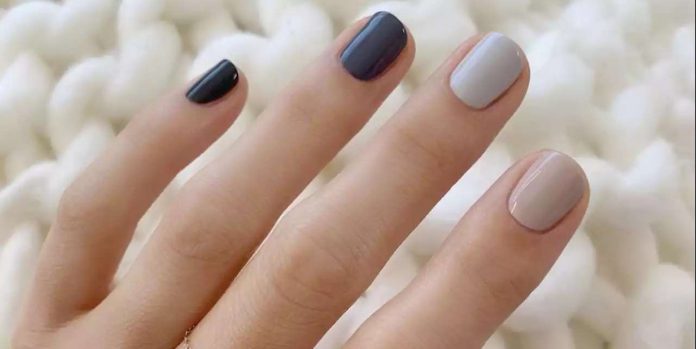 A new take on neutral.

(@miamiabeauty) on
Sep 24, 2017 at 12:08pm PDT
For as long as I can remember, I’ve been a manicure maximalist. I love nail art and bright colors; Fire engine red has practically become a neutral for me. Lately, however, I’ve been drawn to more muted tones. Maybe it’s the season, which makes me bundle up in all black and be moody across the board, but more and more I’ve been reaching for shades that can best be described as”dusty.” Imagine periwinkle blue with a film of grey over it, or baby pink dialed down a few notches. According to Essie celebrity manicurist
Michelle Saunders
(whose clients include Emily Blunt, Kate Beckinsale, and Mandy Moore) I’m on to something.

“At New York Fashion Week last season, I remember being asked for options for a ‘neutral but not nude’ nail polish,” she says.”That’s when I realized that a neutral does not have to be beige—and that this would be a trend.”
According to Saunders, what makes a color belong to the muted family is when its”vibrancy is diluted with a lighter opaque.” Think of a cup of coffee, and how it gets lighter as you add creamer she says.