Home Woman Prince William would be fully supportive of his children if they are... 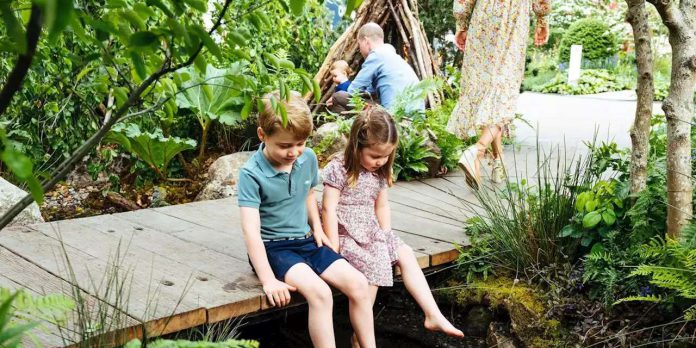 He was speaking to young people at a LGBT youth charity.

By
Jun 27, 2019
Matt Porteous/REX
Prince William said he would”fully support” his children if they were gay, but he would be concerned about the pressures they might face – particularly given their public status.
Prince William was speaking to young people at a LGBT youth charity in London when he was asked the hypothetical question by a young man who didn’t want to be named:”If your child one day in the future said (via
BBC
): ‘Oh I’m gay, oh I’m lesbian,’ whatever, how would you react?”
William replied:”I think you don’t really start thinking about that until you are a parent, and I think – obviously, absolutely fine by me.”
William and Kate with Prince Louis at Trooping the Colour
Max Mumby/Indigo
Getty Images
He added:”The one thing I’d be worried about is how, particularly the roles my children fill, how that is going to be interpreted and seen. So Catherine and I have been doing a lot of talking about it to make sure they were prepared.
“It worries me not because of them being gay; it worries me how everyone else will react and perceive it and the pressure is then on them.”
The 37-year-old royal told another young man in the group that he had been thinking about it since having Prince George, five, Princess Charlotte, four, and Prince Louis, one, and was”nervous” about how it could make their lives harder.

“Not because I am worried about them being gay, or anything. It’s more about the fact I’m worried about the pressure – as you all know – they’e going to face and how much harder their life could be,” he ruminated.
“I fully support whatever decision they make, but it does worry me from a parent point of view how many barriers, hateful words, persecution and discrimination that might come. That’s the bit that really troubles me a little bit.”
The duke receives a gift bag from trust chief executive officer Tim Sigsworth
WPA Pool
Getty Images
The duke was visiting the Albert Kennedy Trust (Akt), an LGBT charity in Hoxton, east London, which helps young people made homeless because of their sexual orientation.
Tim Sigsworth, chief executive of AKT, said William’s comments would make a”massive difference” and sent”a message that we need to support, and we need to empower LGBT people”.
Related Story

10 easy ways to add mindfulness to your kid’s day