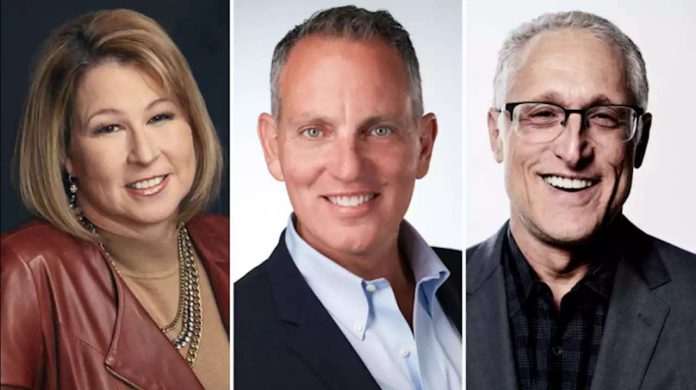 The accomplished star of such films as “The Wire”, “Luther” and “Beasts of No Nation,” Elba […]
3 hours ago
Dixie Chicks Make Upcoming Album Official… With a Caveat from Jack Antonoff
The Dixie Chicks haven’t exactly made a secret of the fact that they’ve been in the studio working on their first album in 13 years, as photographs have popped up on their social media accounts for months portraying the group at work. But official announcements have not been forthcoming. Now, via Instagram — and with […]
4 hours ago
Mary J. Blige Inks First-Look TV Deal With Lionsgate
Mary J. Blige has signed an exclusive first-look television deal with Lionsgate. Under the pact, Blige and her newly-launched Blue Butterfly productions will develop and produce TV series for the studio. The singer-actress will also have the opportunity to create content across Lionsgate’s various business platforms. “Mary is a very talented artist, fearless visionary and an […]
5 hours ago
Republic Records Names Wendy Goldstein President of West Coast Creative
Republic Records advances Wendy Goldstein to President of West Coast Creative, label co-founders and chief executives Monte and Avery Lipman announced today. Goldstein has overseen the company’s Santa Monica office since 2017 as EVP of Republic Records. Over the past year, she headed up the label’s efforts for Ariana Grande’s  back-to-back No. 1 debuts for the singer’s “Sweetener” and “Thank U, Next” albums, and […]
6 hours ago

Michelle Obama’s Netflix Documentary Introduces Us To A Grown Up Sasha...